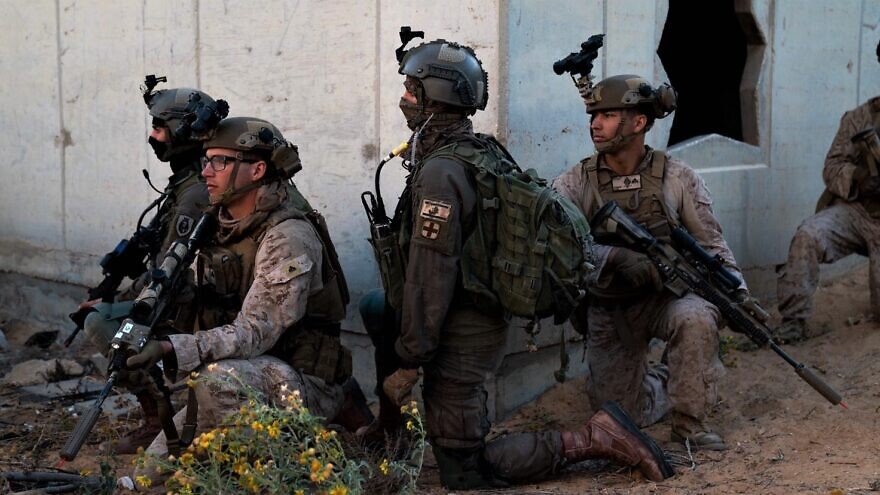 In the past two weeks, the forces learned “various methods with an emphasis on open and urban field combat at the ground forces training bases,” said the IDF in a statement.

“In addition to the exercise, annual discussions between the IDF and Marines were conducted, led by infantry officer and chief IDF paratrooper Brig. Gen. Guy Levy, establishing the 2022 joint training framework,” it added.

Marines have arrived on Israeli soil for drills in the past, including in 2018, when they met with the IDF’s Egoz commando unit to gain information about its combat experiences in the Middle East.

In 2013, IDF Givati Brigade forces exchanged information on urban warfare with the Marines—and were briefed on their experiences in Afghanistan and Iraq—during a joint training program in Israel.