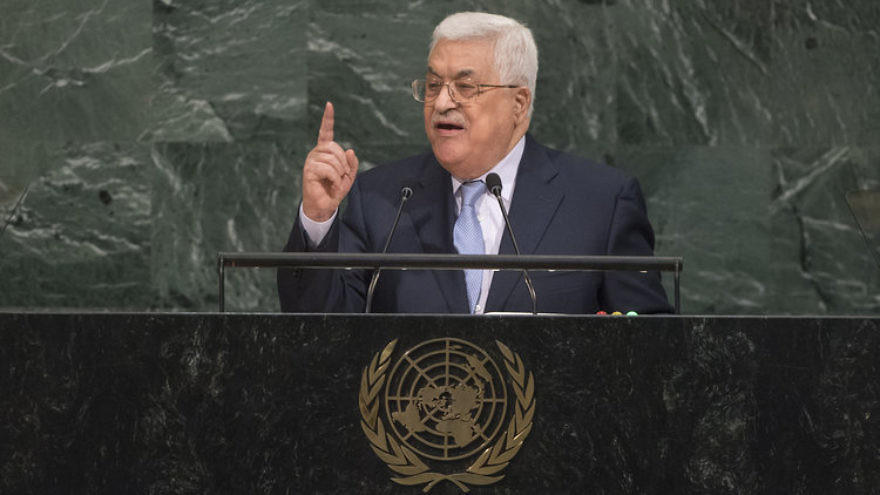 (August 25, 2022 / JNS) The Palestinian Authority is intent on pursuing full membership at the United Nations, even as the White House urges Ramallah to step back.

According to an Axios report, the administration of U.S. President Joe Biden has stressed to the Palestinian Authority that Washington will likely veto any attempt to pursue a vote on full membership at the U.N. Security Council. The P.A. announced weeks ago that it would make another push on the issue at next month’s U.N. General Assembly.

The Palestinians have enjoyed non-member observer state status since 2012, garnered through a vote at the General Assembly, where no country holds veto power. Ramallah has attempted several times since then to secure full membership but has failed to get the Security Council to even hold a vote, which requires the support of nine of the 15 members.

Longstanding U.S. policy maintains that full Palestinian membership in U.N. agencies is counterproductive and an end-around to political settlement negotiations with Jerusalem.

“The only realistic path to a comprehensive and lasting peace is through direct negotiations between the parties. There are no shortcuts to Palestinian statehood outside direct negotiations with Israel,” a U.S. State Department spokesperson said in response to Mansour’s entreaty.

American law would cut direct funding for the Palestinian Authority should it join the United Nations as a full member, though no such funding exists. However, the Foreign Relations Authorization Act of 1990 bars U.S. funding “for the United Nations or any specialized agencies thereof which accords the Palestine Liberation Organization the same standing as member states.”

Washington provided $11.6 billion to the United Nations, equal to around 28% of the organization’s budget, making a U.S. funding cut catastrophic.

Ramallah counters that the legislation refers to the PLO, not the “State of Palestine,” which holds status at the United Nations. The United States, however, doesn’t recognize Palestine as a state.