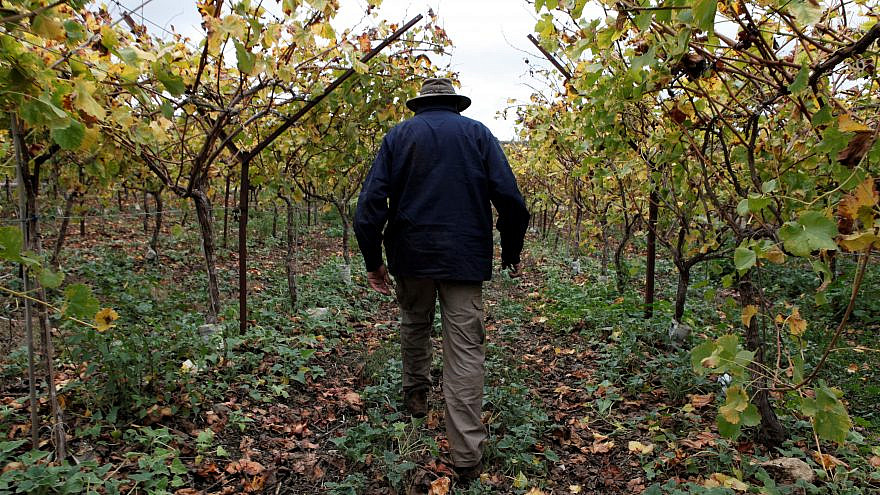 (March 15, 2021 / Israel Hayom) A new report by HaShomer HaChadash “the New Guard”), an Israeli volunteer organization dedicated to safeguarding the land and farms in the Negev and the Galilee, finds that agricultural crime increased by 46 percent in 2020.

There were 2,172 incidents of agricultural crime in 2020 compared to 1,481 the previous year, according to the report. Meanwhile, 58 percent of farmers said that they had been the victims of agricultural crime in 2020, compared to 67 percent in 2019—more criminal acts targeting fewer farms—which points to perpetrators having targeted specific farms.

The majority of incidents involved the theft of both produce and equipment. In 2020, agricultural damages sustained as a result of crime stood at 23.5 million shekels (around $7 million), a 10 percent increase from 2019.

Some 35 percent of farmers do not report the agricultural crime to the police. A majority of those said that they either did not trust the police or that the police would not do anything about the crime.

According to Mordechai Hadad from Moshav Eitan in south-central Israel, who spoke to the authors of the report, “There was a time when you could leave a tractor in the yard with the key in the ignition. Now we need dogs, chains, guards and cameras, and it doesn’t always help.”

In a statement, the Israel Police called the report “tendentious.”

“The data presented in [the report] are far from reality and the data in our possession,” it said. “Over the past two years, hundreds of suspects have been arrested, and hundreds of indictments have been filed. Nearly 20 percent of cases opened in the last two years have developed into an indictment. Some of them ended in a conditional settlement in cases where that was appropriate; some of them have unfortunately not been solved; and others are still under active police investigation or have been transferred to the prosecution for review and a ruling.”

To tackle the phenomenon, ministers, lawmakers, regional-council heads and social activists were set to take part on Monday in the first-of-its-kind conference on agricultural crime in the Negev and Galilee regions.

The conference, an initiative of Israel Hayom, HaShomer HaChadash and the Farmers’ Federation of Israel, will also focus on governance challenges across the country.

The move follows a 2017 decision by then-Israel Police Commissioner Ronnie Alsheikh to shift responsibility for the issue from the Border Police and to that of local police stations. That did not bring results, according to feedback from regional-council heads and other figures in the field.

“I have followed the fight against agricultural terrorism and crime in the rural space for many years as a lawmaker,” Ohana said on Sunday. “Families have been ruined and much suffering has been caused as a result of this crime, and this move will bring great news in the field.”

Attorney General Avichai Mandelblit is also expected to provide a review of changes made by the prosecution system to deal with the phenomenon.

In a conversation with Israel Hayom ahead of the conference, Mandelblit said that he intends to present the activities of a Justice Ministry “super team” that was formed to deal with major crimes.

He said that the Justice Ministry was working to promote changes to the concept of “proactive enforcement” aimed at harming the financial institutions of those believed to be perpetrating the crime. There are also plans for integrated enforcement that would see a variety of legal measures employed to allow for more effective handling of organized crime.