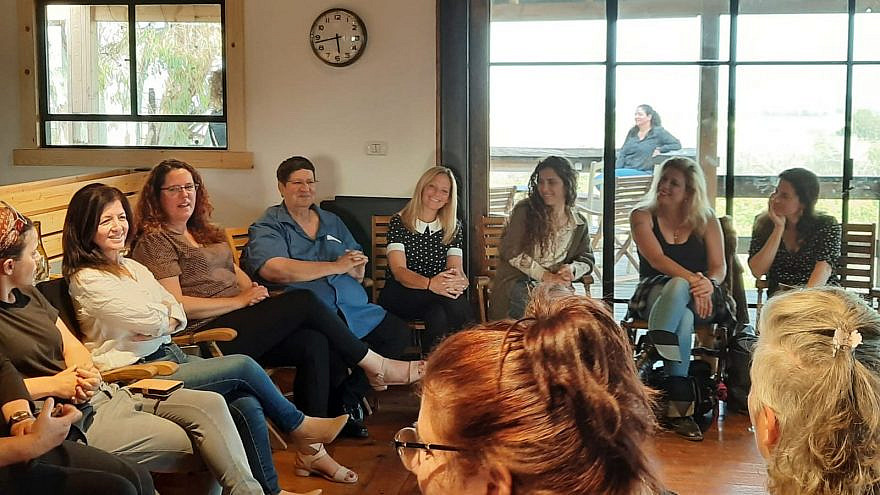 (June 21, 2021 / Israel21C) Israel’s kibbutzim have always been at the forefront of equality, with women working the land, taking part in leadership and generally viewed to be just as capable as their male counterparts.

And yet, most of the leadership positions in kibbutz organizations and industries are still filled by men, with women not quite reaching C-level status.

This realization is what pushed the Kibbutz Movement, the Kibbutz Industry Association and Supersonas, an organization dedicated to promoting women to leadership positions, to establish a course called “The Academy for Future CEOs.”

It brings together women from top jobs in the kibbutz community to give them useful tools, a supportive environment and networking opportunities.

“The initiative’s ultimate goal is to allow women to reach key positions and influence the kibbutz movement and kibbutz industries, and to allow their integration into key positions in Israeli society at large,” explains Hilit Ben Zvi, one of the course’s organizers and the director of the Kibbutz Movement’s advancement of women and gender division.

“We have a wide range of participants from the fields of kibbutz industry and community management who want to reach the next stage or are looking for this companionship,” she adds. Participants, she notes, include accountants, CFOs, social workers and H.R. personnel—all of management level.

The initiative just completed its second course, from which 22 women graduated. The previous one included 24 participants, and there’s interest in upcoming ones, Ben Zvi says.

How to create an ‘ID’

“We deal with issues such as who I am, how to create an ‘ID’ and how to present oneself, the whole issue of branding, of negotiations, as well as meeting with a panel of women who ‘made it’ and reached influential positions in their companies,” she says of the activities. “We also work a lot on the subject of personal meetings and the creation of a female economy.”

“The two courses were very successful, and our greatest satisfaction has been to see their work in the joint WhatsApp group and their meetings following the course, the way in which they consult with one another,” she says. “A really excellent work team was established, and I’m confident that we’ll be seeing its influence on the kibbutz community and at large.”

One of the participants in the most recent course was Raaya Ben Avraham, the community manager of Kibbutz Naan in central Israel, who is in charge of all the communal sectors of the kibbutz, its procedures and regulations and dealing with its members’ personal issues.

“To manage the kibbutz that you live in isn’t simple. You need to make decisions that affect the lives of people who you then meet on the sidewalks,” she says.

“One of the most important things for me in attending this course was that beyond the information that we got, the lecturers and the actual studies, it was important for me to have a peer group with which I could let loose and ventilate everything,” she explains.

“In management roles, and especially women in management roles—they take everything more to heart. There has to be a place where you can ventilate yourself, to give free rein to the frustrations and the loneliness of the job.”

It’s all about connections

The main thing that she’ll be taking with her from the course, she says, is the ability to reach out to other women and connect.

On a practical level, Ben Avraham says, she’s already applied the negotiations skills that she acquired, and also found what she learned about storytelling and self-branding to be particularly interesting. 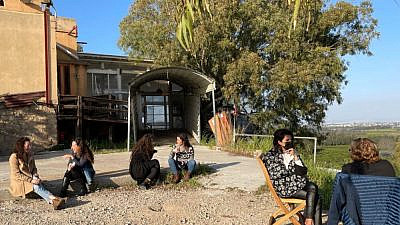 “I don’t know when I’ll use each of the tools that I received and how it could help me at any given meeting, but the seeds have been planted and it gives me a lot of confidence,” she says.

Another participant from the most recent course is Shirly Gavriely, the CFO of a large agricultural company that imports avocados and citrus fruit to Europe, the United States and Canada.

“I’ll be taking with me a lot of thoughts, a lot of contemplation—what needs to be strengthened, what needs to be changed. And also all the information and of course the amazing people who I met there from a wide variety of professions,” she says.

“I’ll also be wanting to actively utilize things, such as personal branding. There are also things that I’m not utilizing in a conscious way, but end up thinking of them later,” she adds.

The COVID-19 pandemic, she notes, did not affect the course at all.

“It was a great experience because it was run in a very professional and structured way, despite the coronavirus crisis and the lockdown in the middle of it. There were all sorts of lectures on Zoom that went beyond the original plan, which was still adhered to,” she says. “Everyone there was very professional.”

“I really would recommend this course, regardless of personal aspirations. It’s a course that gives so much,” she concludes.