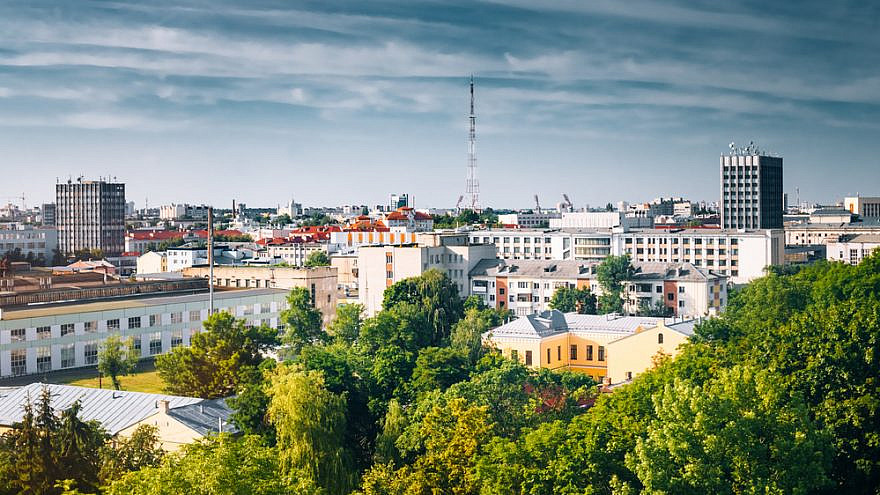 (March 19, 2021 / JNS) A swastika and the letters “SS” in the shape of lightning bolts were spray-painted on the building of a synagogue and Jewish community center in Gomel, Belarus, the European Jewish Congress (EJC) announced on Monday.

According to the Union of Belarusian Jewish Public Associations and Communities, the country’s EJC affiliate, in the back of the building on Krasnoarmeyskaya Street, an unidentified person had drawn a swastika about a meter tall and two more “SS” signs near a staircase.

EJC said that unlike in many other countries in Eastern Europe, the glorification of Nazism and anti-Semitic rhetoric is rarely seen in Belarus.

During the Nazi occupation of Belarus from 1941 to 1944, a quarter of the population died, including almost the entire Jewish population, the BBC reported last year.

Gomel is the second-most populous city in Belarus. About 25,000 Jews returned to Gomel after World War II, though only a few hundred Jews are reportedly living there today.