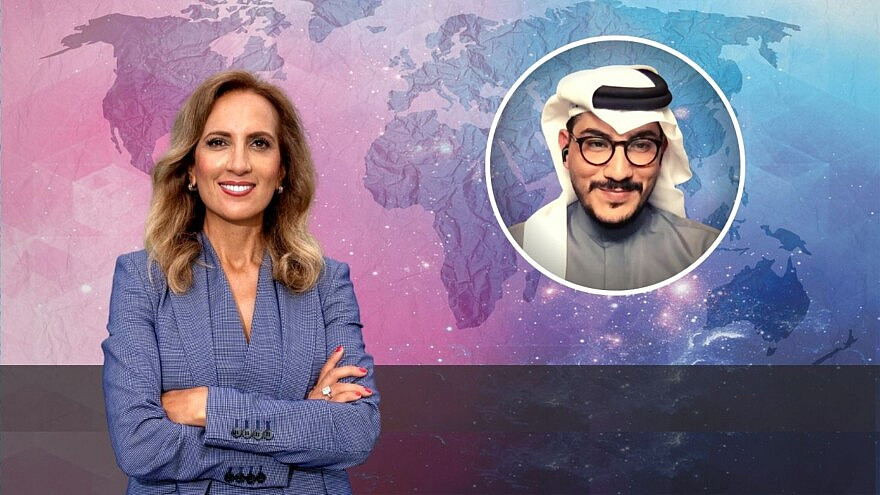 (September 14, 2022 / JNS) Anti-Zionism is anti-Semitism, and to claim otherwise is disingenuous, according to Bahrain-based political affairs expert Amjad Taha.

“When a person claims to be anti-Zionist but not anti-Semitic, it is equivalent to saying that they are not Islamophobic but despise or hate all Muslims,” he tells Ellie Cohanim on this week’s “Global Perspectives.” “Anti-Zionism is a concealed form of anti-Semitism,” he adds.

Taha serves as regional director of the British Middle East Center for Studies and Research. He is the author of “The Deception of the Arab Spring.”

The researcher says he considers himself a Zionist. He emphasizes that being a Zionist means supporting change, dignity and success.

In his conversation with Cohanim, Taha also expresses the hope that more countries in the region will normalize their relations with Israel.

“I’m confident that Saudi Arabia will reach peace with Israel at one point, that more nations will establish peace with Israel, including Qatar, which is already cooperating with Tel Aviv in a variety of areas,” he says.

However, Taha explains that new developments are unlikely to emerge under the Biden administration.

“I think it would be very difficult to achieve peace with Arab countries in the region, while you’re still shaking the hand of the enemy of the region, which is the Iranian regime,” he points out.

The researcher also warns against Islamic extremist organizations. According to Taha, many operate in Western countries, including in the United States, often with the support of local political leaders.

“There are a lot of institutions right now in the U.S. supported by the Democrats,” he says. “Those institutions work alongside the Muslim Brotherhood against the people in the Middle East.”

Peace in the Middle East

Despite the challenges, Taha remains optimistic about the possibility of peace in the region.

“I think the understanding of the youth right now is changing in various ways,” he says. “People see the right of the Jewish state to exist, the fact that Israel and the Jewish community are part of the history of the Middle East.”