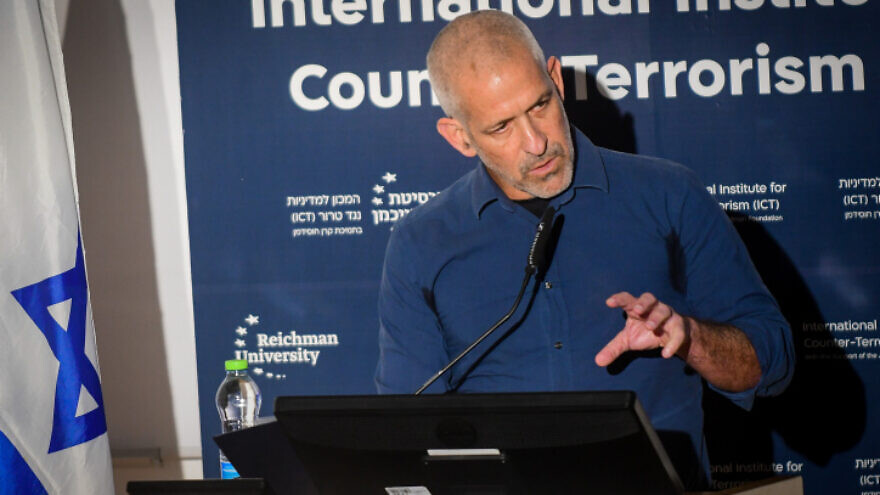 (September 12, 2022 / JNS) Iran is the “fundamental problem” in the Middle East, and a new nuclear deal between Tehran and world powers would have a destabilizing effect on the region, Israel Security Agency (Shin Bet) chief Ronen Bar warned on Sunday.

During speech at the World Summit on Counter-Terrorism at Reichman University in Herzliya, Bar said, “Iran is not only a nuclear problem—it is the fundamental problem of the Middle East.”

“We can only imagine the future scope of influence if a nuclear agreement is signed and the Iranian coffers are enriched …  some of which will be designated, apparently, for the purposes of terrorism and strengthening organizations like [Hezbollah in Lebanon and Islamic Jihad in Gaza],” he added.

Bar also said that Israel’s political uncertainty and general internal discord were encouraging enemies to up their attacks on the Jewish state.

“From the intelligence that we have read, from the interrogations of attackers we have conducted and also from many years of familiarity with our adversaries, wherever they are, we can say today without a shadow of a doubt that the political instability, the growing internal strife … are an encouragement to the axis of evil, to the terror organizations and individual attackers,” he said.

U.S. Ambassador to Israel Thomas Nides also spoke at the conference, where he suggested that escalating tensions in Judea and Samaria posed an threat to Israel’s security equal to that posed by Iran and its terrorist proxies.

“I try to keep the vision of the two-state solution alive. I fundamentally believe that to keep Israel a democratic state, we need a two-state solution. I want to change the situation on the ground to make that possible,” said Nides.

The U.S. envoy said last week that this was his guiding principle to solve the conflict with the Palestinians.

For his part, Bar said in his speech on Sunday that the Shin Bet had so far this year foiled hundreds of “significant” Palestinian terror attacks.

“We foiled 312 significant terrorist attacks, stabbings, shootings, suicide attacks, and have made 2,110 arrests,” he said.

Israeli Defense Minister Benny Gantz last week said that the Israeli military would continue to operate in Palestinian Authority-controlled areas if the P.A. fails to maintain security there.

Gantz made his comments after attending a situation assessment by the Israel Defense Forces’ Intelligence Division amid a surge in Palestinian terrorist activity and concern that the P.A. is losing control in those parts of Judea and Samaria that are under its security jurisdiction.

IDF Chief of Staff Lt. Gen. Aviv Kochavi similarly said last week that the P.A. was increasingly unable to rein in terror, a reality that was forcing Israel to intensify its own actions.