(November 15, 2021 / JNS) U.S. President Joe Biden held an outdoor ceremony at the White House on Monday to sign the hard-won Infrastructure Investment and Jobs Act, otherwise known as the infrastructure bill, joined by legislators and politicians from all over the United States who helped craft and promote the legislation.

Nathan Diament, executive director of Orthodox Union Advocacy Center, was there celebrating the inclusion of another part of the bill—a $50-million pilot program for nonprofit organizations to apply for a grant to reduce energy consumption and increase efficiency in their buildings.

What’s known as the Nonprofit Energy Efficiency Act would allow entities such as places of worship, day schools, museums and community centers, including the YMCA, to apply for up to $200,000 to upgrade their HVAC systems.

“According to the [Environmental Protection Agency], nonresidential buildings in the United States consume more than $200 billion annually in energy costs. Among those many buildings are this country’s 2,700 YMCAs, 2,900 nonprofit hospitals, 17,000 museums and more than 370,000 houses of worship,” Diament wrote in a column in Roll Call. “Looking just at the houses of worship–the EPA, based on its ‘Green Congregations’ project, estimates that these entities could cut their energy use–and costs–by one-third through energy efficiency improvements. If America’s houses of worship cut their energy use by just 10 percent, the EPA estimates that would save 1.8 billion kWh of electricity and 1.3 million tons of greenhouse gas emissions, equivalent to the emissions of 240,000 cars.”

Diament and OU Advocacy first wrote the legislation 10 years ago and contacted Sens. Amy Klobuchar (D-Wis.) and John Hoeven (R-N.D.) to get it through Congress. 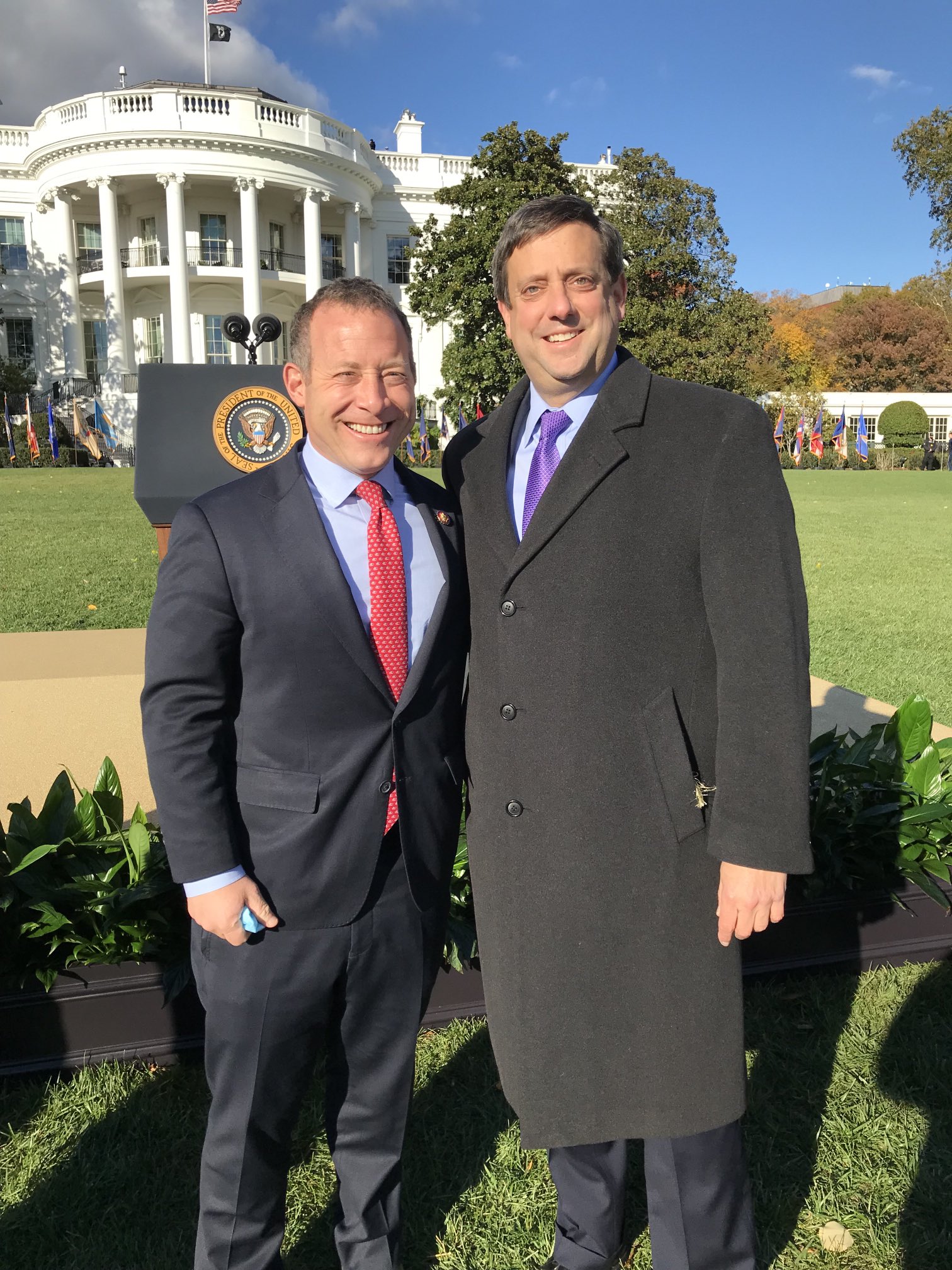 Diament noted that the OU and other Jewish organizations had recently finished working with both senators on the successful Nonprofit Security Grant Program, which since 2005 has provided grants to increase building security for synagogues and other nonprofits throughout the country that were at risk of attack. Both senators agreed that it was a good idea.

“The most expensive line item on the budgets of many synagogues—and probably the second-most expensive after personnel on the budget of many Jewish day schools—are energy and utility costs,” said Diament. “If we could help them save money there, those are resources they can devote to their core mission and activities of serving their congregants and serving their students.

“It also has the added value benefit of helping combat climate change, which is not only an interest issue; we’re supposed to be responsible stewards of God’s creation. And this is a piece of doing that as well.”

‘You need to find a way to address this sector’

The federal government had over the years created numerous energy-efficiency incentive programs for building improvements but in the form of tax credits. Since nonprofits don’t pay taxes, they were unable to access these incentives.

While support for the act was bipartisan and made it into Senate energy legislation on two separate occasions in the past decade, those bills were never picked up and approved by the U.S. House of Representatives. Testifying in Congress on behalf of the legislation some years ago, Diament remembers telling the subcommittee why religious institutions had an interest in the program.

“The one thing we know for sure with regard to the religious community—not only the Jewish community but if you think about churches and others—we have a lot of big, old, drafty buildings that are very energy inefficient,” noted Diament. “They’re very expensive to heat in the winter and cool in the summer, and if you want to tackle this issue society-wide, you need to find a way to address this sector as well.”

For some communities around the country, upgrading climate-control systems can mean the difference between keeping or selling a building, and/or taking significant financial hits to an institution.

The funding will work like a matching grant, covering the costs of equipment but not the labor to install it.

Early on, a coalition was built to support the legislation, including the Jewish Federations of North America (JFNA), the National Association of Evangelicals, National Council of Churches, Evangelical Lutheran Church in America, YMCA Association, Association of American Museum Directors, The Salvation Army, U.S. Conference of Catholic Bishops and others.

JFNA praised the act’s passing as part of the infrastructure bill.

“The senior centers, community health organizations, food pantries and other nonprofits that uplift America’s most vulnerable populations are often housed in outdated facilities and lack the resources to modernize them,” said Elana Broitman, JFNA senior vice president for public affairs. “The Nonprofit Energy Efficiency Act in the bipartisan infrastructure bill fixes that by providing critical funds for nonprofits to upgrade decades-old buildings with inefficient heating and cooling systems, lowering energy costs and reducing their environmental impact.”