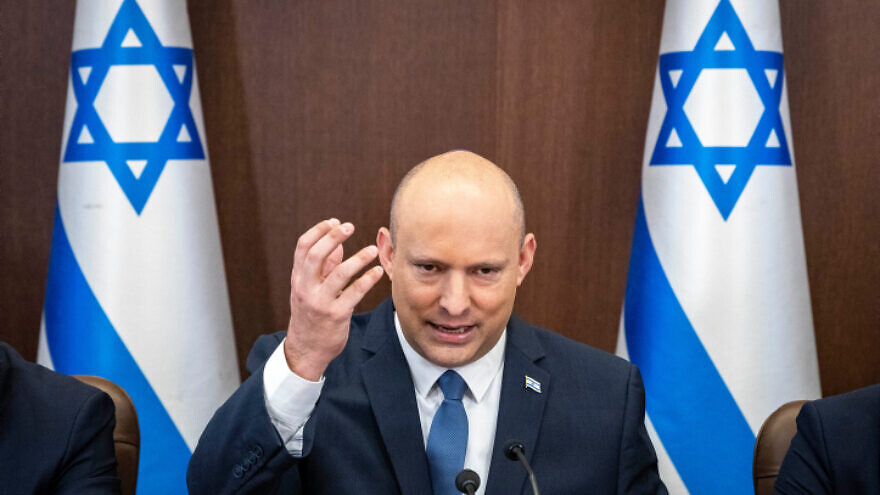 Bennett was commenting on a report published on Wednesday by The Wall Street Journal, which claimed that Iran had “secured access” to secret IAEA reports nearly two decades ago and circulated the documents among top officials, who “prepared cover stories and falsified a record to conceal suspected past work on nuclear weapons.”

The report, citing Middle East intelligence officials and documents, revealed what it said were some of the tactics Tehran used with the agency, which is tasked with monitoring compliance with nuclear nonproliferation treaties, as well as the 2015 Joint Comprehensive Plan of Action nuclear deal.

“The exposure of Iran’s systematic program to deceive the IAEA—which was based around documents that Iran stole from the IAEA—is a wake-up call to the world. This is additional proof of Iranian efforts to advance towards achieving nuclear weapons,” said Bennett.

“The systematic policy of fraud, theft and concealing evidence by Iran against the IAEA should now become a definitive fact in the eyes of the international community,” he added.

Bennett described the IAEA as a professional body that “serves as the international ‘gatekeeper’ against the spread of nuclear weapons. I welcome the persistence of IAEA director-general Rafael Grossi in not closing the open files until today—for which there was ample justification.”

Aside from the documented deception, said Bennett, the revealed documents “attest to prohibited and ongoing nuclear activity, which reveals new issues that demand investigation. In light of the foregoing, the time has come for the IAEA board of governors to issue a clear message to Iran: Enough!” he said.

A report by Reuters on Wednesday said talks aimed at ending a long standoff on explaining the origin of uranium particles found at apparently old but undeclared sites are at “a very difficult juncture,” according to Grossi.