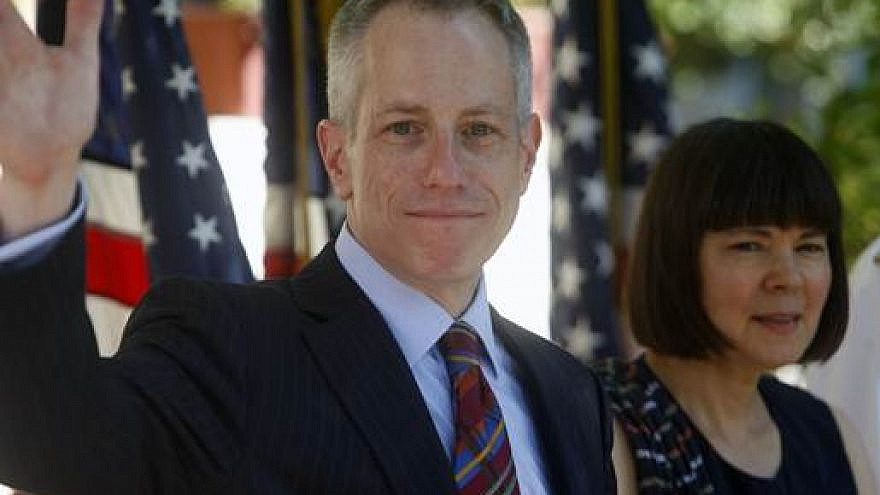 (May 21, 2021 / JNS) U.S. Secretary of State Antony Blinken is reportedly tapping former Obama administration official Michael Ratney to serve as acting U.S. ambassador to Israel until a new one is picked and confirmed by the Senate.

Ratney, who served as consul general in Jerusalem under former President Barack Obama from 2012 to 2015—and later, as special envoy to Syria—is expected to arrive in Jerusalem on June 1, reported Axios.

The Biden administration has been criticized for its delay in choosing an ambassador to Israel. The absence became more evident these past two weeks when the United States lacked a senior official on the ground. Last weekend, Blinken dispatched Hady Amr, deputy assistant secretary of state of Israeli-Palestinian affairs, to help negotiate a ceasefire.

Ratney has drawn heat in the past for his involvement in groups that led to efforts to unseat Israeli Prime Minister Benjamin Netanyahu.

In 2015, when Ratney was the consul general in Jerusalem, the State Department spent $465,000 on a group called OneVoice, which then joined a group called Victory 15 (V15) that worked to defeat Netanyahu and his Likud Party in Israel’s elections, reported Breitbart News. Further, a 2016 Senate subcommittee report found that Ratney had deleted key emails related to the OneVoice grants.

According to reports, Biden is close to choosing a new ambassador. The candidates are Thomas Nides, a former U.S. State Department official and Morgan Stanley executive; and former Florida Rep. Robert Wexler, who has been endorsed by prominent Jewish members of Congress.