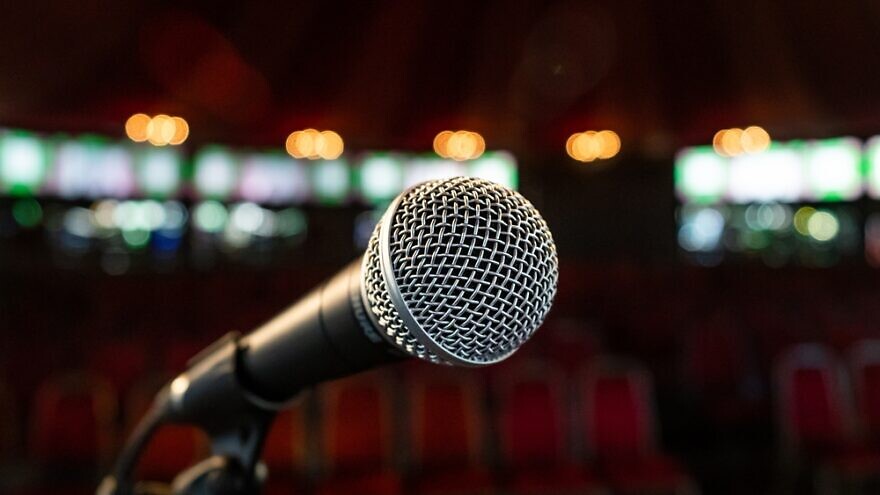 (December 5, 2022 / JNS) It has been proven that the Birthright program produces lifelong connections between young Jews and Israel. Studies also show that participants are more likely to build Jewish families. But could it produce the next Jewish comedy star?

The new Birthright Israel Labs initiative is holding a competition to find Jewish comedy’s next breakout performer. The winner gets a coveted slot at the all-Jewish Chosen Comedy Festival in Miami on Dec. 14, joking it up alongside some of the business’ more well-known comedians and musicians.

“I’ve been having conversations with Birthright Israel Labs, and they’ve been trying to figure out a way to engage their alumni. There is not so much going on in terms of alumni events and engagements,” Dani Zoldan, owner of Stand Up NY and co-creator of the Chosen Comedy Festival, told JNS. “So we’ve been brainstorming for a while, and I pitched this idea to them and they really liked it.”

“I’ve been having conversations with Birthright Israel Labs for many months and we’ve been brainstorming ways to make a real impact on Birthright alumni,” Dani Zoldan, owner of Stand Up NY and co-creator of the Chosen Comedy Festival, told JNS. “We thought a comedy contest is something totally different and would break away from your traditional ‘alumni reunion’ and based upon the amount of submissions and engagement, we believe we accomplished our goals.”

Zoldan added that they have received close to 100 submissions so far.

The online competition is open to Birthright Israel, Birthright Israel Excel and Onward Israel alum and staff members in the U.S. and Canada. Comics with any level of experience can submit their routine through the site’s online portal, and the winner will be selected by a panel of fellow Birthright alum and Stand Up NY staff.

So far, dozens have entered the competition, which closes this coming Wednesday.

“We’re all shocked about how many people have applied, because this really hasn’t been done before, and Birthright took a big risk doing this,” said Zoldan, noting that this is the first major public project undertaken by Birthright Israel Labs, a digital initiative with the goal of further engaging and connecting alumni and the greater Diaspora community.

One of the entrants is Abby Feldman, a musical comedian whose newest song and act, “Call Me by My Hebrew Name,” has been gaining attention.

“I’ve been really enjoying delving into my Jewish identity and playing around with it. And there’s part of me that I always thought was weird, old-fashioned-y and old-country. And I’m like, ‘Yeah, I think her name is Devorah,’” said Feldman, describing how she chose her stage name, which is also her own Hebrew name. “I’m just kind of embracing all of that. And I’m having a lot of fun.”

Feldman, who spent time in Argentina as an exchange student and Fulbright Scholar, stumbled upon a unique Birthright option combining New Yorkers and Argentinians and jumped on it.

“We had an incredible experience. We all bonded. It was so tight-knit. I mean, I’m still friends with a lot of these people to this day. And we’re all over the world now,” said Feldman, who performed standup while in Israel after extending her stay.

“It was a low-key show, okay, put together by an Israeli guy and an expat American. It wasn’t the best show of all time, but it was fun for me to get to do that there.”

Feldman, who studied journalism in college, looked to escape the business a little over a decade ago after making a documentary on the “relativity of craziness” at a notorious psychiatric hospital in Buenos Aires.

She thought journalism was “going to be the way that I had a positive impact on the world. And then, when I was making this documentary, it just became very clear to me that I didn’t want to cover these depressing things. I wanted to make people laugh,” said Feldman, who moved to New York to begin comedy improv, followed by standup.

“Then, a few years ago, I connected with this friend who is a musician. And I had always wanted to do music. So I would write songs, based mostly off my tweets. I would just sing the tweet. And she would produce music that went underneath it,” Feldman said.

The Chosen Comedy Festival debuted in New York this summer, drawing 4,200 people. Zoldan told JNS that ticket sales for the Miami show are going well, and they are expecting around 3,000 attendees.

Feldman, who was set to open for famed comedian Jim Gaffigan in Argentina in March 2020 before the set was scratched due to the onset of the COVID pandemic, is hoping for another breakthrough opportunity.

“I need to be a part of it and have thousands of people singing my song. When I was growing up, the only reference I had was like Adam Sandler’s Hanukkah song,” said Feldman. “That had a big impact on me as a little kid growing up in upstate New York. Like, okay, there’s like a world out there and there’s some Jews and some of them are cool and famous. And I would love to do that for little kids now, if they can hear ‘Call Me by My Hebrew Name’ and be like, ‘Oh, being Jewish is cool.’ That’d be amazing.”