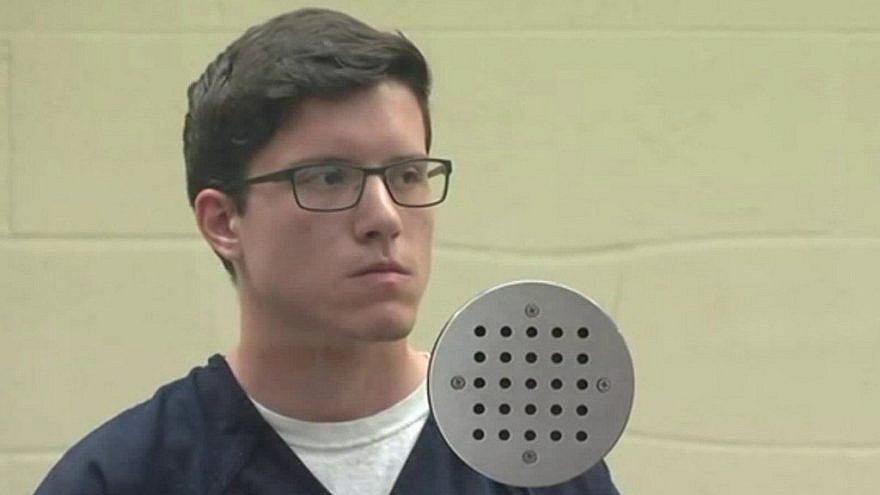 (December 29, 2021 / JNS) The man convicted of the deadly 2019 shooting at Chabad of Poway in California was given another life sentence and an additional 30 years in prison on Tuesday in a federal court hearing in San Diego.

“All people deserve to live and worship peacefully,” U.S. Attorney General Merrick Garland, who is Jewish, said in the release. “This defendant’s conduct was an attempt to damage what makes our nation so great—our diversity. The Department of Justice stands with our Jewish and Muslim community members, we reject hate in all forms, and we are committed to prosecuting bias-motivated violence to the fullest extent.”

According to court documents, on the morning of April 27, 2019, the then 19-year-old Earnest drove to Chabad of Poway Synagogue where congregants were assembled for Passover Shabbat morning services.

Earnest entered the building armed with a fully loaded Smith and Wesson M&P 15 assault rifle with a 10-round magazine and a chest rig containing five more 10-round magazines. He then opened fire on the congregants.

After emptying the magazine, he was rushed by several congregants. He fled in his car and shortly after called 911 and said that he had “just shot up a synagogue.” He was apprehended by law enforcement which found the rifle and additional ammunition in his car.

Earnest was a nursing student at Cal State San Marcos who had become radicalized with white supremacy, posting a manifesto on the internet expressing his hatred for Jews and Muslims.

“I can only kill so many Jews,” he wrote, “I only wish I killed more.”

“Hate has no place in our society and bias-motivated violence will not be tolerated,” said Assistant Attorney General Kristen Clarke of the Justice Department’s Civil Rights Division in the release. “By committing these heinous and senseless acts of violence against Jewish and Muslim community members, this defendant violated our most basic American ideal: all persons are created equal.”

Tuesday’s decision is the final step in Earnest’s prosecution. He previously pleaded guilty to state charges of murder, attempted murder and hate crimes in the San Diego Superior Court in July, by reaching a deal with prosecutors that allowed him to avoid the death penalty and receive life in prison without parole according to the Los Angeles Times.

It is still unknown whether Earnest will serve his sentence in a state or federal prison.

U.S. District Court Judge Anthony Battaglia recommended Earnest serve the sentence in federal custody but that it would be up to the U.S. Bureau of Prisons to accept him, according to the Times.