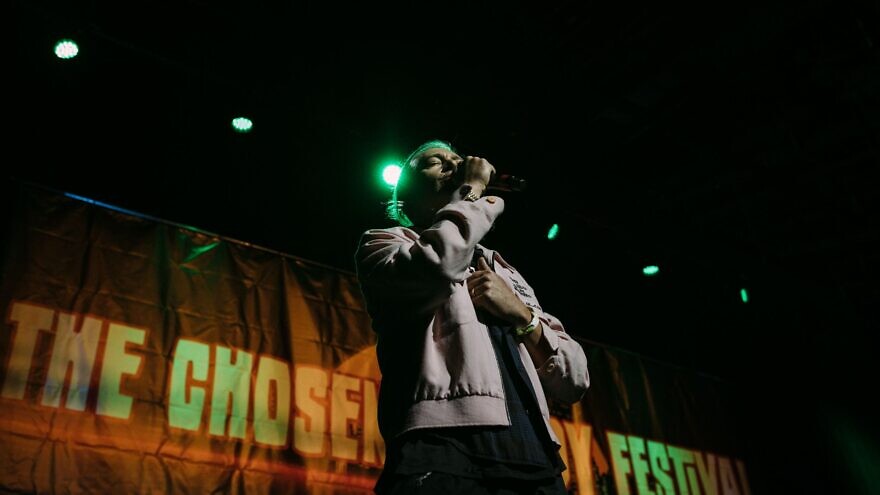 (December 20, 2022 / JNS) Dani Zoldan told JNS that he gave the city of Miami a Hanukkah present a few nights early.

The owner of Stand Up NY and founder of The Chosen Comedy Festival said that the event, held at the James L. Knight Center, attracted more than 2,500 people and was also live-streamed. The show will come to Los Angeles on February 13 at The Orpheum Theater.

Antisemitism has gotten so awful that “right about now, Mel Gibson is going, ‘See I told you I wasn’t that bad,’” comedia Elon Gold told the crowd in Miami on Dec. 14. He said it marks a new low to claim that Jews aren’t the real Jews, and wondered why they wouldn’t want to be part of a group “with better hair and less fast days.” 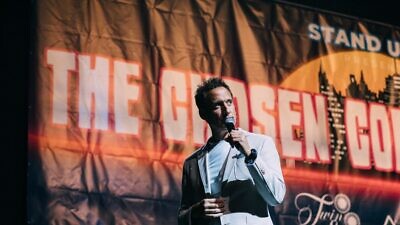 Gold, who married a Russian woman, said people should be mad at Vladimir Putin but not the Russian people.

“Russian sounds like the noise you hear when you’re trying to swat a fly,” Gold said.

Gold said the idea that Jews are trying to replace others is nonsense.

“If we replace you, how we gonna invoice you, you stupid idiot?” he asked rhetorically.

Gold said that while he is proud of being Jewish, as a kid, a part of him wanted to celebrate Christmas, eat cheeseburgers and be able to catch a football without flinching.

“Nerf was invented for us…No Jew has ever won an Olympic medal for running,” Gold said. “Hiding, I think we would do very well.”

In a Russian accent, he explained that winning a bronze medal would not be accepted in Russia.

“If you win the bronze in Russia, they put you to death,” Gold said, adding that they ask you how you would like to be executed.

Abby Feldman, who was chosen among hundreds of contestants who attended Birthright Israel to win a five-minute spot in the show, came out with significant energy.

She said she eats gluten free and vegan, and when some people ask what she misses most, she sometimes says pizza, but it’s really friendship.

Rich Vos referred to Feldman as a young Liza Minnelli. Vos said he was in a restaurant and asked if they serve turkey burgers, and the waitress said “we used to,” and he asked to sit down and reminisce about the good old days.

Rachel Feinstein said that her husband complimented her on their wedding day by saying she was “bringing it,” which she thought was not the right thing for him to say.

“I’m like, that’s what you say to a running back, not your wife on her wedding day,” she quipped.

There were music performances by Matisyahu, who treated the audience to his hit “Sunshine,” among other songs.

Matisyahu told JNS that Miami has always supported him and it is a pleasure to perform there.

Elbaz told JNS that he loves performing in Miami because there is a special feeling of unity there.

Jessica Kirson had a hilarious set in which she explained that at the nail salon, they shout at her to “pick a color!” and nearly give her a heart attack. She had the crowd laughing about two young users on TikTok who only care about their videos and speak incredibly fast.

Eric Neumann, who gained fame on TikTok nine months ago, did a late night routine for the first time.

In his set, he joked about his overprotective Jewish mother, who alarms him when she calls his friends looking for him late at night and is worried someone will follow him home—but he says, that’s the entire point.

Modi Rosenfeld closed the show with a fiery set.

He told JNS that Jews in Miami have figured out they don’t have to be “unhappy and cold.”

“Miami has become a year-round Pesach program,” he told the crowd. “Miami Jews are in a restaurant every night.”