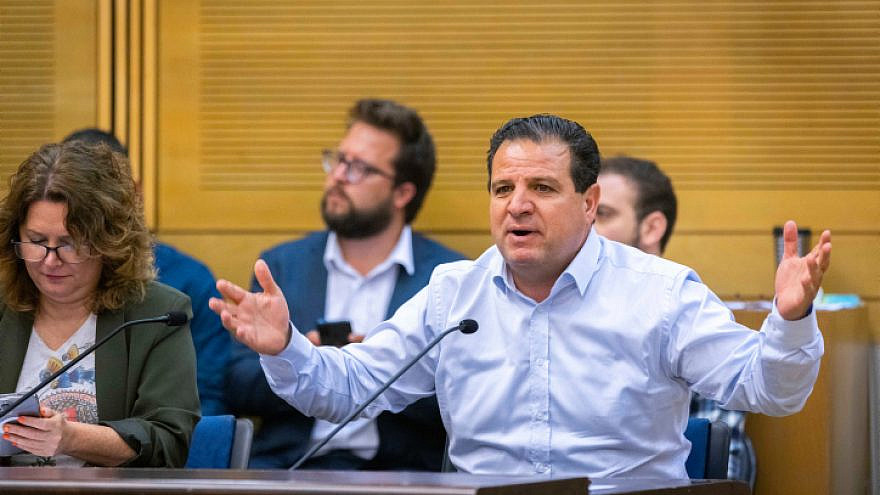 (January 25, 2023 / JNS) Israeli lawmakers are preparing draft legislation that would expand the criteria for banning from the Knesset individuals who have expressed support for terrorism, Israeli media reported on Tuesday.

The bill, which is being advanced by coalition chairman Ofir Katz (Likud), would make it possible to exclude from the Israeli parliament those who praise attacks on Israelis, including by visiting the families of terrorists, according to Channel 12. It would also enable the disqualification of parties that reject Israel’s Jewish and democratic character from running for the Knesset even if they are part of a joint slate, which has previously prevented the exclusion of such parties.

The proposed parameters would disqualify most of the currently serving Arab MKs, according to the report.

The coalition is waiting to formally present the bill until after its judicial reform package is passed, due to concern that the Supreme Court will strike the legislation down.

The reforms include passing an “override clause,” which would give legislators the power to reverse, or “override,” the Supreme Court when it cancels laws.

In July, Odeh refused to condemn Hezbollah as a terrorist group during an interview and shifted the focus to Israel’s “occupation” of Judea and Samaria.

Asked by reporter Udi Segal, “Is it possible to agree that Hezbollah is a terrorist organization?” Odeh characterized Israeli control over territories captured in the 1967 Six-Day War as the “primary terrorism.”

“More than [Hassan] Nasrallah?” Segal asked, referring to the Hezbollah leader who the same week had threatened Israel’s offshore gas fields. Odeh replied that the Israeli “occupation” was “the most real, strategic and continuous terrorism since 1967 until now. We need to stop this, and strive for peace with all Arab countries, including Lebanon.”

Segal noted that based on such statements, Odeh was being accused by other MKs of supporting terrorism.

“The terrorist supporter is the one who supports the occupation of territories in the occupied territories of 1967,” Odeh answered.

On April 10, he appealed to Israeli Arab members of Israel’s security forces to lay down their arms, drawing harsh criticism and accusations of incitement.

Speaking in Arabic from Jerusalem’s Damascus Gate, Odeh said, “Our historic position has been that we will be together with our people in order to end the murderous occupation.

“Youths must not join the occupation forces. I tell the youths that have already joined, who are not more than 1%, in total a few thousand, that their enlistment is insulting and humiliating. I call on them to throw the weapon back in the face [of Israeli forces] and to tell them that our place is not with you. We will not be part of the injustice and crime,” he said.

The Israeli Central Elections Committee last year prohibited the Palestinian nationalist party Balad from participating in the country’s November election after approving a petition alleging that the organization challenges Israel’s status as a Jewish and democratic state.

The ban was later overturned on appeal, although the party subsequently failed to pass the electoral threshold to enter the Knesset.

Ofer Cassif, the lone Jewish parliamentarian in the predominantly Arab Hadash-Ta’al Party, asserted in November that Jews living in Judea and Samaria were liable for Palestinian attacks against them as they were not innocent civilians.

The comments came a day after Ronen Hanania, a victim of a terror attack outside Kiryat Arba, was laid to rest.

The same month, Cassif described Aryeh Shchupak, 16, as a “victim of the occupation” after he was murdered in the twin terrorist bombings in Jerusalem.

“I want to express sorrow for the incessant bloodshed and to send my condolences to all the victims of the occupation—Jews and Palestinians alike,” said Cassif, according to Israeli media reports.
Republish this article in your newspaper or website