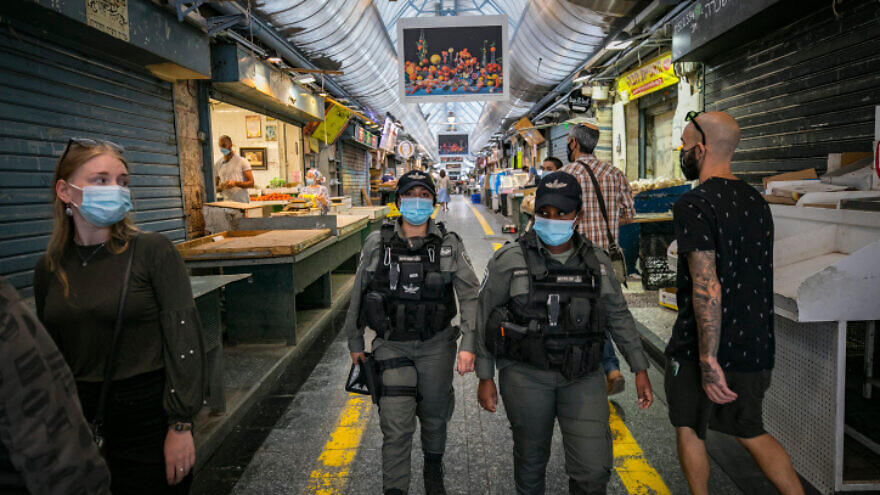 (October 4, 2020 / JNS) The percentage of Israelis testing positive for COVID-19 has decreased for the third day in a row, according to Israeli Health Ministry figures released on Sunday.

In an interview with Channel 12 on Sunday morning, Weizmann Institute scientist Eran Segal expressed “cautious optimism” regarding the trend, saying “it’s possible that the spike in morbidity in the general population has been halted [or is] on the decline.”

He added that morbidity is also declining in the Arab sector, at the same rate as during the first lockdown, but that “in contrast, the haredi [ultra-Orthodox] sector still has the highest spread of infection.”

However, the report noted that because no members of any religious or traditional community went to get tested during the Sukkot holiday over the weekend, the figures are unreliable.

In its daily report on the country’s COVID-19 situation, the National Coronavirus Information Center of the Israel Defense Forces’ Military Intelligence Directorate revealed on Wednesday that Israel remains one of the world’s leading countries in terms of fatalities per day relative to the overall population and also in terms of the daily number of new infections.

Israel is currently under lockdown for the second time since April in an attempt to bring down the soaring infection rate. The lockdown was imposed on Sept. 18, Rosh Hashanah eve, but the restrictions were tightened the following week as morbidity continued to rise.

Under the new rules, the private sector has been shuttered almost completely, except for specific venues designated as “essential industries,” such as supermarkets and pharmacies. Nearly all public transportation has been halted, and Israelis are not allowed to travel more than a kilometer (.6 miles) from their homes. In addition, police have deployed checkpoints on major highways to enforce the travel ban.

According to Health Ministry data, as of Wednesday early afternoon, the total number of confirmed coronavirus cases was 285,086, with 70,366 currently active; 891 patients were in critical condition with 212 on ventilators. The national death toll stood at 1,692. Of 24,193 COVID-19 tests conducted on Saturday, 11 percent were positive, down from 15.1 percent on Sept. 29.