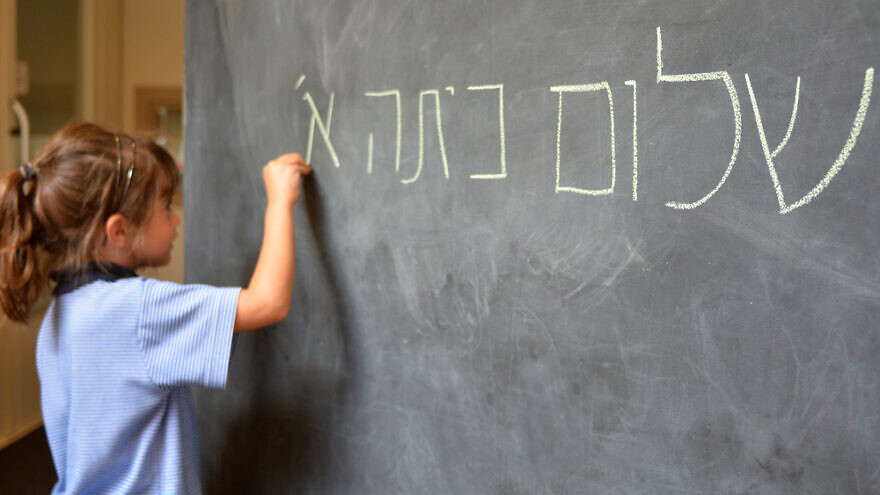 (October 27, 2021 / JNS) A Jewish day-school enrollment boost that began during last year’s COVID-19 school shutdowns is continuing, according to a new study from Prizmah: Center for Jewish Day Schools.

In the last two years, the report found that Jewish day schools and yeshivahs reported an enrollment increase of 3.7 percent with more than 40,000 children from kindergarten to grade 12 now enrolled in a Jewish school. Also encouraging was the finding that two-thirds of all schools that participated in the survey saw a rise in new student admission applications for the 2020-21 school year.

The increase is across denominational lines as community/nondenominational, pluralistic, Conservative and Reform schools recorded a 4.5 percent increase in enrollment, rising from 22,828 students in K-12 during the 2019-20 school year to 23,180 last year and a projected 23,855 students this school year. This is the first time since 2008 that there a “net enrollment increase” in non-Orthodox schools.

Orthodox and Modern Orthodox schools also had an enrollment increase with their student body population growing from 16,618 in the 2019-20 school year to 17,306 this year.

The results were based on responses from 146 schools in the United States and Canada.

The report also found that schools in the South, particularly in Florida, have the largest enrollment increases. The 11 Florida schools participating in the survey recorded a net increase of nearly 400 new students over the last two years. Georgia’s five Jewish day schools recorded more than 100 new students.

Another key finding is that 80 percent of students who enrolled in a Jewish day school last year because of pandemic shutdowns and shifts to virtual learning in many places chose to remain in their Jewish school this year.

“The overwhelmingly high retention of new students who had joined because of COVID was really exciting, both for the schools and the communities, but not surprising to us at Prizmah,” said the organization’s CEO Paul Bernstein. “We have seen firsthand how strongly day-school and yeshivah families value the strong relationships and holistic approach to education, and we knew that new families would see this same value once they were enrolled.”

He added that “Prizmah supported schools through this past enrollment season that was quite unlike any other, and we saw just how committed they were to integrating new families into their own communities and ensuring that they were able to experience the strength and warmth of a Jewish day school from day one.”