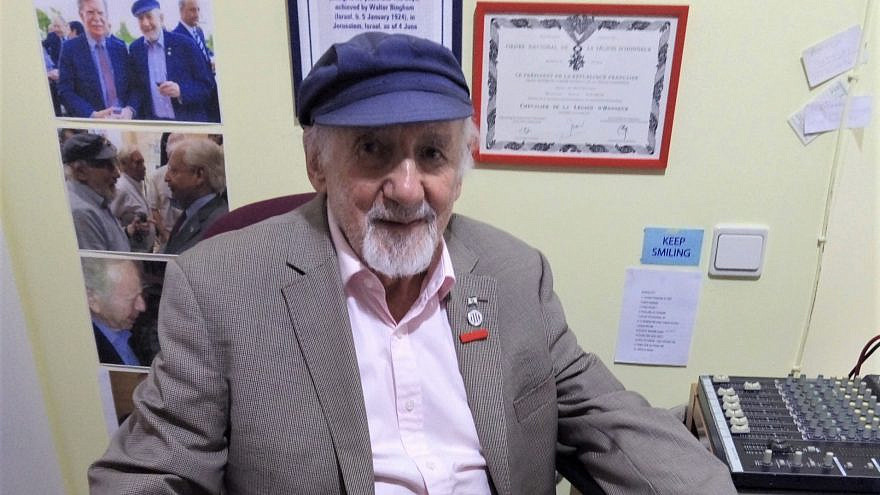 (April 13, 2021 / JNS) A British-Israeli journalist was inducted into the Guinness World Records last week for being the oldest living journalist.

Born Wolfgang Billig in 1924, he escaped Germany after Kristallnacht in 1939 by way of the “Kindertransport,” which took unaccompanied children to Great Britain.

In later years, he took part in the D-Day landings at Normandy in 1944, reported Jewish News. He moved to Israel in 2004, and when he turned 95, he skydived over northern Israel. He said he will “God willing” do it again for his 100th birthday.

Bingham received France’s most prestigious award, the Legion of Honor, in 2018.

Evan Cohen, Israeli Prime Minister Benjamin Netanyahu’s foreign media advisor, said in 2020: “I think Walter is inspiring the new generations of journalists. Anyone who sees someone who’s been on the job for decades, and has spanned from the time when we were sending things by telegram to the time when we are tweeting one another, understands that the true nature of journalism is the people behind all of this tech and all of the communications. I think Walter is doing a fantastic job.”