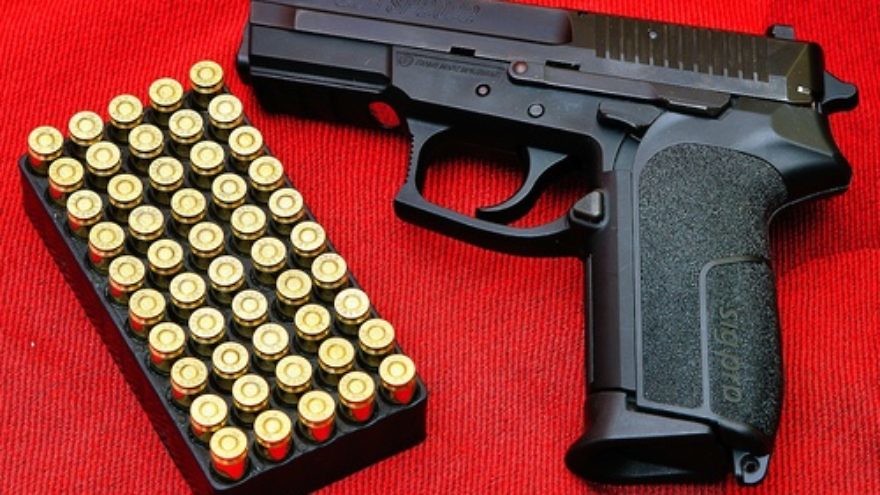 (December 31, 2012 / JNS) The tragic Newtown shooting has led to renewed calls for gun control by Conservative and Reform Jewish leaders, who have highlighted this as a religious issue (an Orthodox spokesman also concurred).

These emotional reactions are understandable, but their one-sided presentation of Jewish tradition fails to distinguish between the requirements of the real world and our hopes for the messianic age. Jewish tradition speaks to both the requirements of defense preparation and the need for training and safety rules with the best tools available, firearms, which are susceptible to misuse in the wrong hands.

Exodus 13:18 tells us that, “The Israelites were well armed when they left Egypt.” On this verse, Nachmanides explains that the right to arms is a characteristic of free men, saying the Jewish nation “did not go out looking like fleeing slaves, but went out as an independent people that could be armed.”

That Midrash may not be historically true, but it provides an insight to the values of the Passover Haggadah writers who could not understand how their forebears would not have had weapons to defend against oppression. The Hagaddah reads “This year we are slaves,” followed by a call that in the coming year we will be free men. In 1848, Rabbi Ehrenburg of Berlin published a Haggadah omitting that line in his belief that German Jews had gained freedom and were no longer enslaved. With hindsight, we see his error.

Rashi explains that Exodus 22:2 permits killing an intruder as a justifiable homicide. Even where the thief has not shown deadly intent, one can assume intent since the thief is prepared for murder when the owner resists. The supporting Talmud texts (Berachot 58a, Yoma 85b) match “Castle” (defense of habitation) American legal doctrine in home defense, rather than the much more restrictive requirement to withdraw to safety. Others are also obligated to help, and any weapon is permissible, including the assault weapons of that era, according to the Babylonian Talmud (BT), Sanhedrin 72b. Depriving someone of a weapon that could have been used for self-defense makes one liable for the consequences, as the Reform movement’s Central Conference of American Rabbis (CCAR) recognized when it urged caution in considering the legitimate needs for self-defense and security before telling a non-Jew who lives on synagogue premises not to keep a gun in his apartment.

Shabbat weapons prohibition is discussed in BT Shabbat 63a, but this pre-supposes permissibility on weekdays. When concluding that it is wrong on Shabbat, the verse from Isaiah 2:4 is cited, but the Talmud then explains that Isaiah applies only because Shabbat is a taste in this world of the messianic era. Even on Shabbat, weapons are permitted to protect life, as Rabbi Shlomo Goren, the former chief rabbi of Israel has ruled, “… it is a mitzvah to shoot both on weekdays or Shabbat… when needed for self-defense… And it is not meant for non-security uses (like sport or hunting).” Goren encourages the feeling of security that is necessary for proper enjoyment of a peaceful Shabbat, and says “In situations where life is imperiled, shooting a gun is a mitzvah.”

BT Avodah Zarah 15b restricts sale of weapons to those suspected of murder, whether Jew or Gentile, as well as anyone who might resell to suspected murderers. This suggests prohibitions against sale to those with violent criminal histories and to those who threaten physical violence. This could include sales prohibitions to those with a mental health history that indicates proclivity to violence. However, we also see an allowance for defensive weapons such as shields. While there is no meaningful way to distinguish between a defensive and an offensive firearm, this suggests that even some prohibited persons may have rights of self-defense that must be protected. But there is no basis for a sales restriction for law-abiding citizens.

Perhaps even a child should be taught age-appropriate safety knowledge when around firearms since “his life may depend on it” (BT Kiddushin 30b). Certainly for adults, training is appropriate, as Samuel II 22:35 states “He teaches my hands to war; and trains my arms to bend a bow of bronze.”

Jewish tradition supports a “right to bear arms,” and the training to use them, as characteristics of a free people. We also have ethical obligations for self-defense and protecting the lives of our fellows. Judaism’s nuanced view balances the right, and even the need, for weapons ownership with the safety prescriptions necessary to assure that the innocent are protected. Sometimes, furthering peace and preventing violence require the weapons necessary to root out that violence.

Robert D. Altabet, former VP of business management at the Duracell Battery Company, resides in Yorktown Heights, NY, where he was formerly VP of religious affairs at Yorktown Jewish Center. He has taught several classes covering Jewish views on contemporary issues, including business ethics and the right to keep and bear arms.