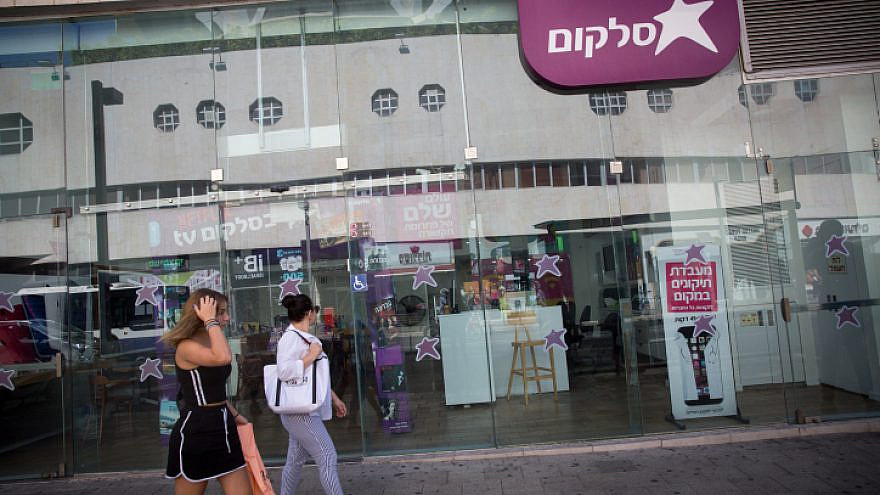 (May 19, 2021 / JNS) Employees of Cellcom Israel—one of the country’s largest telecommunications giants—went on a company-wide one-hour protest strike on Tuesday between 1 and 2 p.m., after the corporation’s hierarchy and workers’ union released a statement encouraging a shutdown “in support of coexistence, brotherhood and unconditional love between all people in Israel.”

On the surface, the move seemed to be a non-controversial way of trying to simmer tensions between Jews and Arabs after violent clashes have raged throughout the country among the two ethnic groups in the past several weeks.

However, many Jewish Israelis were outraged by the gesture, as it came on the same day that the Arab-Israeli community participated in a nationwide general work strike.

The Arab strikers were also joined by Arabs throughout Judea and Samaria, and Jerusalem, who dubbed yesterday a “Day of Rage,” organized by the Palestinian Authority in solidarity, featuring violent attacks against Israeli security personnel and civilians at flashpoints throughout the region.

In response to Cellcom’s protest, several municipal councils in Judea and Samaria, including Gush Etzion, Binyamin, the Southern Hebron Hills and Samaria, announced that they would be informing the company that they were canceling their Cellcom service packages and choosing another provider. An unknown number of private Cellcom customers already informed the company that they, too, would also be looking elsewhere as a result of the protest.

Gush Etzion Regional Council Head Shlomo Ne’eman told JNS that he was planning on canceling the more than 100 phone lines his municipality workers currently have with Cellcom.

“While we are at war and the nation of Israel has to run for the shelters as a murderous terrorist organization fires indiscriminately at the State of Israel, it is illogical that an Israeli company expresses solidarity during the ‘Arab Day of Rage,’ ” he said.

Ne’eman added that “now is the time to support our soldiers, and Cellcom’s strike, during this period in which the enemies of Israel are attacking us, harms our national resilience.”

A spokesman for Binyamin Regional Council told JNS that his municipality and its affiliates had more than 500 accounts with Cellcom, which they were also planning on canceling.

He shared a letter penned by Binyamin Regional Council head Israel Ganz, sent to Cellcom CEO Avi Gabay, that said, “I was shocked to discover that Cellcom showed solidarity with the Arab enemy’s [work] strike. To remind you, the strike, which was launched by the ‘Arab Higher Monitoring Committee,’ is a protest against Israel’s Gaza operation.”

Ganz added, “As a company with many Jewish customers inside the State of Israel, I was horrified to see that Cellcom got confused between supporters and enemies. … By using the term ‘coexistence,’ you obscure the fact that Arab terrorists and rioters these days are turning against the Jewish people. This shows a loss of values, and I see it as my duty to renounce our affiliation with you.”

Ganz wrote to Gabay that he also encouraged residents under his jurisdiction to follow suit and find a new cell-phone provider.

Cellcom’s spokesperson sent JNS the following statement in response to the negative reactions it received as a result of the strike. While acknowledging that the timing of the protest might have been a mistake, the company stuck to the principles of its actions.

“Cellcom is an Israeli company which serves all of the country’s citizens in normal times and all the more so in times of emergency like these difficult times, which we are now in.

“At Cellcom, there are employees of all religions and beliefs, who work together shoulder to shoulder, even during these times. Some are apprehensive and endanger themselves in order to provide service in certain areas.

“We strengthen the soldiers and commanders of the IDF and the security establishment. We support and strengthen the residents of the state, especially those in the south who find themselves under and savage reprehensible rocket attacks.

“Today’s [yesterday’s] gathering was a call for coexistence and came from a place of employees who work and live together. It should be self-evident that there was no connection or expression of solidarity with the general strike by the Arab Higher Monitoring Committee.

“In retrospect, the timing was a mistake, and for those who are looking to stoke the flames, they were able to draw a connection, which didn’t exist, between two different things.

“We will continue to work, serve and strengthen the IDF, and all of the citizens of the state, during these difficult times, and work towards coexistence and joint partnerships between Jews and Arabs at Cellcom.”