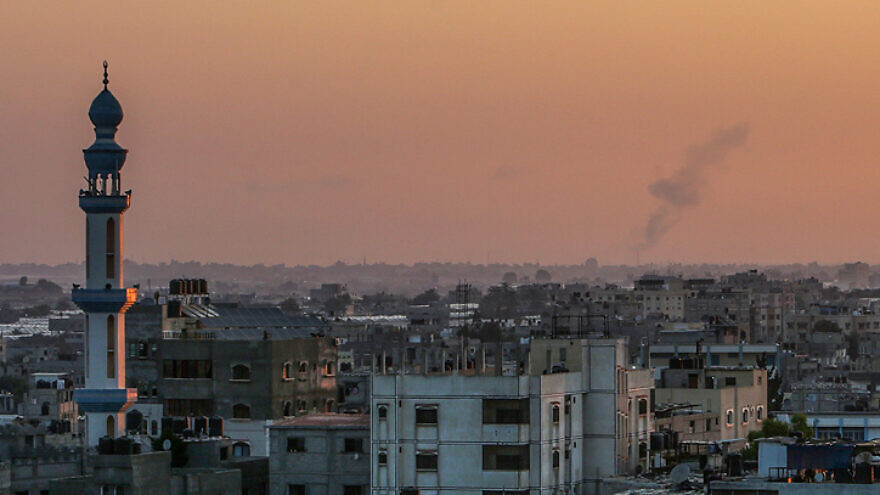 (July 17, 2022 / JNS) The Hamas terror group was not prepared for the magnitude of Israel’s retaliatory strikes in response to a wave of rockets launched from Gaza on Friday night, Israeli Prime Minister Yair Lapid said.

In his opening remarks at the weekly Cabinet meeting on Sunday, Lapid emphasized that Israel’s policy with regard to Hamas has not changed.

“We will respond quickly, forcefully and without hesitation to every launch and every incendiary balloon. I commend the IDF on its strong and precise operation,” he said.

“From here, all of us, all members of the government, send a big hug to the children of the area adjacent to the Gaza Strip who slept in shelters on Friday night,” he added.

In response, Israeli fighter jets “struck a military site in the central Gaza Strip belonging to the Hamas terrorist organization. The military site consists of an underground complex containing raw materials used for the manufacturing of rockets,” the IDF Spokesperson Unit said in a statement.

“The site that was targeted is one of the most significant production sites in the Gaza Strip for rockets used by terror organizations,” it added. “The strike on this site will significantly impede and undermine Hamas’ force-building capabilities.

The IAF later carried out a second attack on a separate Hamas weapons manufacturing facility, according to the Israeli military.