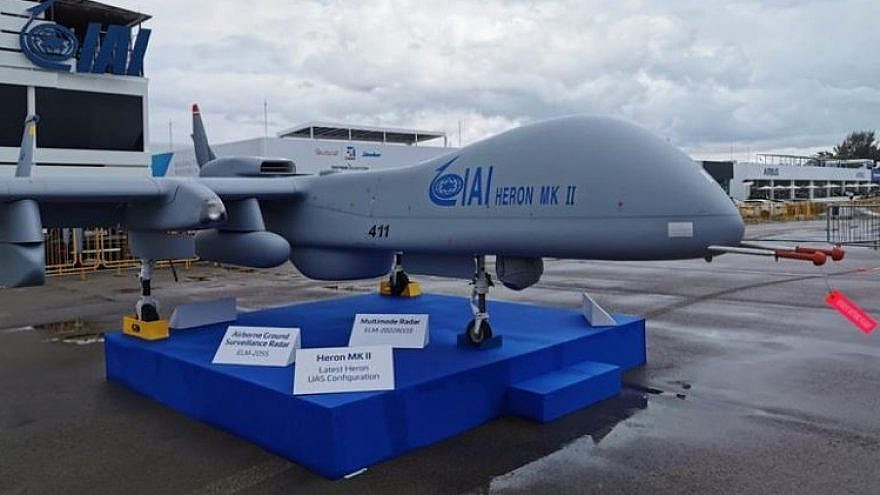 In a press release, IAI said the sale includes reconnaissance payloads, Heron MK II drones and land arrays. The deal is said to be worth tens of millions of dollars.

The Heron MK II reaches an altitude of 35,000 feet, has a maximum speed of 140 knots and can stay in the air for up to 45 hours. Its design includes a wider and stronger chassis, enabling for quick and easy maintenance without affecting the UAV’s net weight.

According to IAI, the drone enables the use of new configurations and has a long-range reconnaissance sensor and radar. It can carry a range of additional payloads, such as communications intelligence and electronic intelligence-gathering equipment.

The UAV’s advanced systems allow it to gather intelligence on its targets from a great distance—meaning it has no need to cross borders. In addition, the Heron MK II boasts improved avionics, and an improved and reinforced engine.

IAI Military Aircraft Group chief Moshe Levy told reporters, “I commend the signing of the two Heron MK II deals. The systems will operate in a land configuration and will carry out different missions, border protection among them. The Heron MK II UAVs can land on any airstrip and can maneuver under extreme weather conditions. I am certain that these deals will open the door to additional Heron MK II deals.”