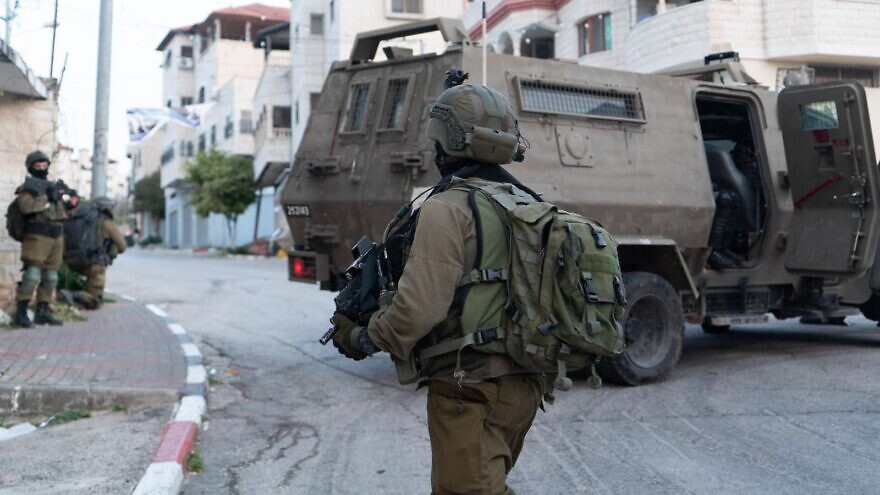 (June 2, 2022 / JNS) One Palestinian gunman was killed and several were wounded in Ya’abad near Jenin on Wednesday night during clashes that erupted when Israeli forces entered the village to carry out a demolition order.

The order was for the home of Diaa Hamarsheh, who killed five people in Bnei Brak on March 29 before being killed by police.

According to the Israel Defense Forces, “hundreds” of Palestinians participated in the rioting, hurling stones and firebombs at Israeli forces while Palestinian gunmen fired on them as well.

The Israeli troops responded with riot-dispersal tools, as well as live fire in the case of the gunmen, the military said in a statement. No Israeli casualties were reported.

“During the activity, the soldiers apprehended the father of the terrorist, who was transferred to the security forces for further questioning,” the statement added.

The fatality was a member of Hamas, according to Ynet, which reported that one Palestinian had been critically wounded and two more seriously wounded in the clashes.

The IDF notified the Hamarsheh family of the intended demolition on April 17. A petition by the family to block it was rejected by the Israeli Supreme Court.

However, the court accepted the family’s argument regarding the ground floor, which is a storefront, after it was determined that the terrorist had no residential connection to this floor. The floor was not demolished.