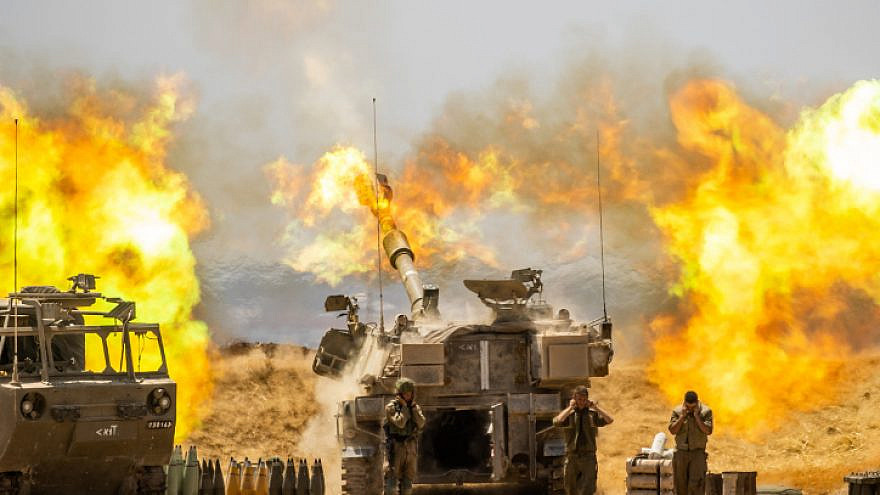 IDF Artillery Corps fire into the Gaza Strip, near the border with Israel, following heavy rocket and missile barrages into Israel by Hamas and other terror factions, May 12, 2021. Photo by Yonatan Sindel/Flash90.
Republish this article
602 WORDS
Spread the word.
Help JNS grow!
Share now:

(May 12, 2021 / JNS) A rocket attack on Sderot killed a five-year-old boy on Wednesday, as Gazan terror factions continued to target Israel with projectile barrages, and the Israeli Air Force struck targets throughout the Gaza Strip.

A total of seven Israelis were wounded by rockets that fell on Sderot, while in neighboring Ashkelon, a direct rocket strike on a home injured 18 people.

Hamas said it fired 130 rockets in response to an Israeli Air Force strike that brought down a tall building and targeted assassinations of its senior leaders.

As of Wednesday night, six Israeli civilians have been killed. An Israel Defense Forces’ soldier—21-year-old Staff Sgt. Omer Tabib from Moshav Eliakim in northern Israel—was killed by a Hamas anti-tank missile that hit his jeep on Wednesday morning. Tabib was serving in the Nahal infantry brigade, and his David-type patrol vehicle, which is armored against machine-gun fire but not anti-tank fire, was on a defensive border mission. An officer was lightly wounded and another soldier suffered severe wounds in the attack, said the IDF. 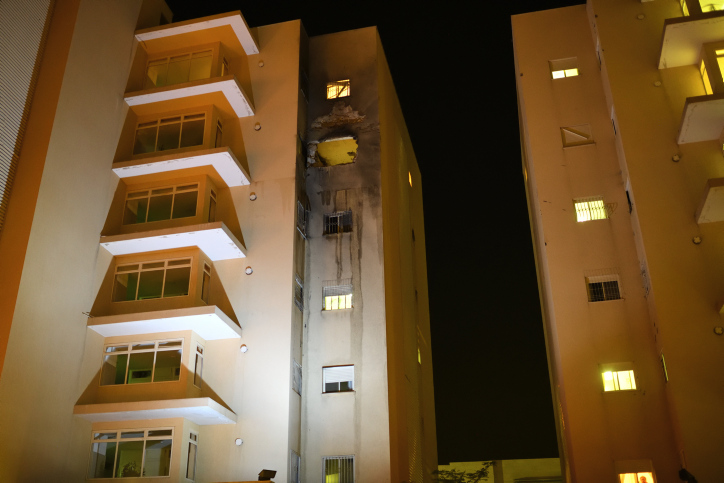 The scene in Sderot, where a 5-year-old boy was fatally struck by shrapnel on May 12, 2021. Photo by Gili Yaari/Flash90.

Meanwhile, the Israeli military announced that it killed a series of senior Hamas and Palestinian Islamic Jihad commanders.

They were eliminated simultaneously in Gaza City and Khan Yunis in what the army said in a statement was a “first of its kind” joint operation of the IDF and the Shin Bet intelligence agency.

The IDF named some of them, including Bassam Issa, commander of the Gaza City Brigade since 2017. According to the Shin Bet, Issa was a senior member of Hamas’s weapons-production network and had been involved in multiple attacks against Israel. His death will “significantly impact” the brigade’s ability to function, as well as the operations of Hamas’s military wing, according to the Shin Bet.

Jama’a Tahla, Hamas’s cyber chief and head of the division in charge of boosting the terror group’s missile arsenal, was in charge of Hamas’s research and development and was the “right-hand man” of Hamas’s chief military commander, Muhammad Deif, according to the Shin Bet. He was also a central leader of Hamas’s force build-up program, to which his death dealt a “significant blow.”

“It was an operation done with the Shin Bet, using their outstanding intelligence and command of the area,” International IDF spokesperson Lt. Col. Jonathan Conricus told reporters. “It was done using aerial platforms in close communications with the Shin Bet, based on live, real-time intelligence while using very precise munitions at very specific locations. Essentially, we surprised the supreme military command of Hamas in various locations an almost simultaneously to attack them.”

At least 30 enemy combatants had been killed by the IDF, said Conricus, adding that these include five special Hamas force members trapped in an attack tunnel and who are presumed dead.

Watching Syrian and Lebanese fronts, in addition to Gaza border

As of Wednesday afternoon, Hamas and Palestinian Islamic Jihad fired more than 1,300 rockets at Israel.

It deployed its 162nd armored division to the Gaza border, where its members are currently focusing on defending the area and mitigating potential attacks into Israel.

He added that the IDF is also watching the Syrian and Lebanese fronts, tracking Hezbollah’s movements and activities in Syria, too. “So far, there are no abnormal events in those areas,” he reported.

The IDF struck more than 350 military targets as of Wednesday afternoon, including Hamas rocket-launching cell members.