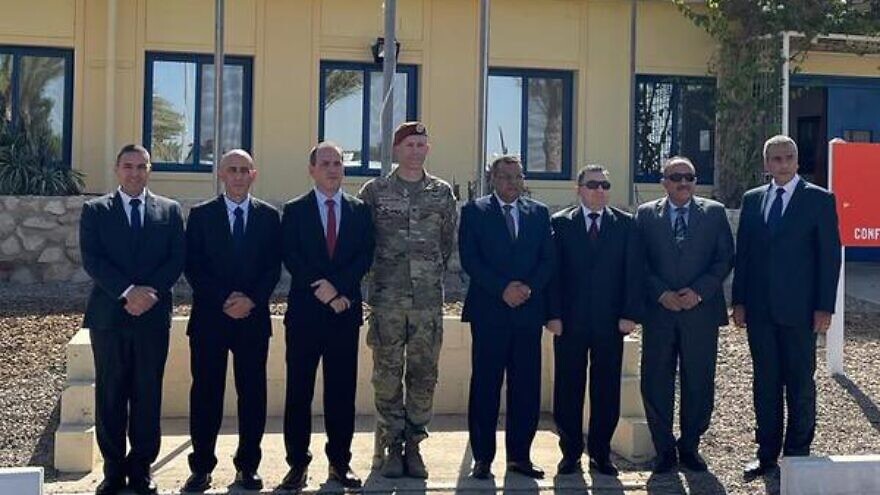 (November 8, 2021 / Israel Hayom) Israel and Egypt on Sunday signed an amendment to the security agreement between them, allowing Egypt to increase the presence of its armed forces in the Rafah area.

The agreement was signed during a meeting of senior Israeli and Egyptian military delegations at Sharm el-Sheikh in the Sinai Peninsula. Rafah is the only crossing between Egypt and the Gaza Strip. Israel and Egypt have maintained a blockade on Gaza since the Hamas coup there in 2007.

The meeting came two months after Israeli Prime Minister Naftali Bennett and Egyptian President Abdel-Fattah el-Sisi met in Sharm el-Sheikh in September. During that meeting, the first time an Israeli premier had visited Egypt in more than a decade, the two leaders discussed common security challenges.

A source privy to the Bennett-Sisi meeting reported that the leaders also discussed the efforts to prevent Hamas, the terrorist group that controls the Gaza Strip, from gaining military power, including ensuring Egypt has a stronger hold on the Rafah crossing.

During Sunday’s meeting, the two sides also discussed the efforts to broker a prisoner exchange deal with Hamas, the Iranian threat, Turkey’s regional belligerence and the Egypt-Ethiopia crisis.

It was further decided to expand Israel and Egypt’s trade and tourism ties.