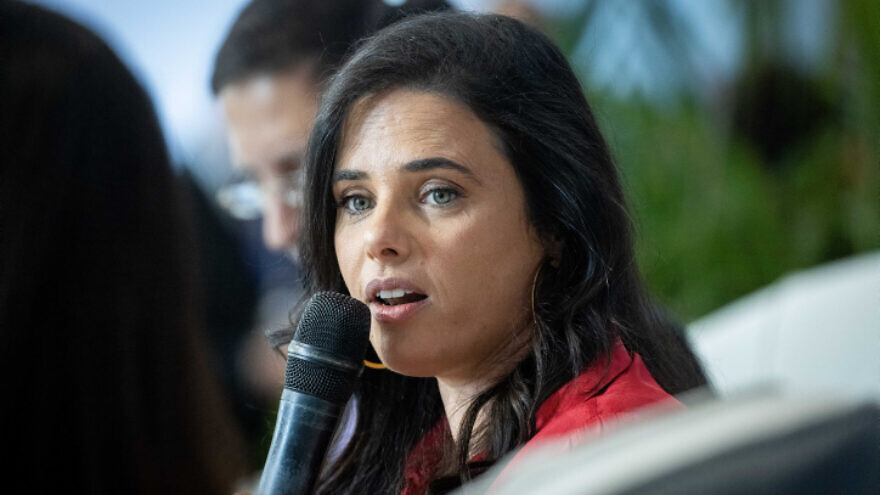 Israeli Interior Minister Ayelet Shaked announced on Wednesday that she opposes newly proposed legislation that would prevent those under indictment from serving as prime minister.

“I don’t think that the attorney-general should determine who is prime minister,” said Shaked, according to Channel 12.

Shaked’s comments came in the wake of Justice Minister Gideon Sa’ar’s publication on Tuesday night of a memorandum of the bill in question, dubbed by opposition politicians the “Netanyahu law,” referring to opposition leader and former prime minister Benjamin Netanyahu.

The memorandum proposes an amendment to Israel’s Basic Law: The Government, which would prohibit a criminal defendant from being given the mandate to form a government.

Netanyahu, head of the Likud Party and opposition in the Knesset, is currently on trial for bribery, fraud and breach of trust.

Speaking at a conference in Modi’in, Shaked said that the coalition government had “agreed not to deal with this issue until after the budget is passed.”

When it is, her party, Yamina, “will have a faction meeting and make a decision,” she said, according to Channel 12.

A poll conducted by Channel 12 last week showed that if elections were held today, a Netanyahu-led Likud would garner 34 Knesset seats, far more than any other single party.