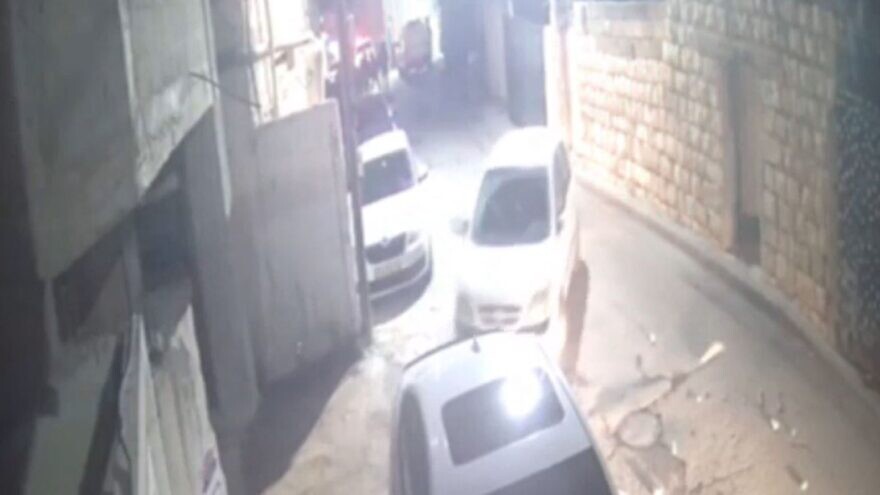 (December 25, 2022 / JNS) The mayor of the Arab Israeli city of Kafr Qassem attended the funeral on Saturday of a terrorist who was slain while attempting to shoot and run over several police officers.

Despite the police having already settled on a motive, Mayor Abdel Badir offered several possible motives for Friday’s pre-dawn attack in interviews with Hebrew media, including criminal intent and mental illness.

He also blamed illegal guns in the Arab sector, saying they are “directed at all of us.”

Israel Police spokesman Cmdr. Eli Levi said, “The district commander was present at the scene and determined that it was a terrorist attack. There is no other version.”

When his gun fails to fire, he throws firebombs at a police car. Then he enters his car and speeds into reverse in an effort to run over a group of policemen. Three officers suffered light wounds and were evacuated to Beilinson Hospital in Petach Tikva.

The terrorist had lured the officers to his home by calling in a false report of domestic violence. Police later found several firebombs on the roof of the building from where Badir had called the police.

“Instead of condemning the terror committed in his city…a mayor in the State of Israel chose to participate in the funeral of a damned terrorist who brutally ran over and shot an officer and two policemen carrying out their duties in the city. A shame and disgrace,” said Deri.