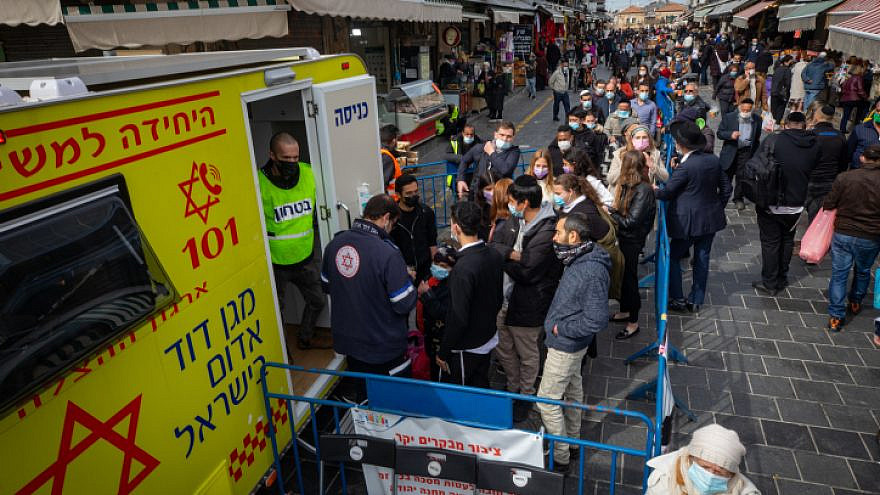 (February 25, 2021 / JNS) Human-rights groups in Israel have declared that they will challenge a law, passed on Wednesday by the Knesset, which temporarily authorizes the Health Ministry to inform municipalities of residents who have yet to be vaccinated against COVID-19.

“The Knesset today passed a dangerous … and draconian law that violates medical ethics and the [1996] Israel Patient’s Rights Act, and whose consequences could be disastrous,” said Hadas Ziv, head of projects and ethics at Physicians for Human Rights (PHR), Channel 12 News reported, mere hours after the passage of the legislation.

According to the report, PHR and the Association for Civil Rights in Israel are expected to petition the High Court of Justice against the bill, which the Knesset stated was “approved as a temporary order for three months or until the COVID-19-related state of emergency ends.”

Labor, Welfare and Health Committee chairman Likud Knesset member Haim Katz, who presented the bill, defended it on the grounds that the pandemic has made vaccinations “a must.”

He said that the law, which passed its third and final reading by a vote of 30-13, “is meant to increase the number of inoculations among those who are under the impression that they do not need to get vaccinated.”

Meretz Knesset member Tamar Zandberg said, “I call on the public to get vaccinated, and there is no doubt that encouraging vaccinations is currently the most important operation in the State of Israel. It is the derech hamelech [king’s path] for exiting the pandemic. However, we are too easy on the trigger when it comes to passing laws that include harm to the privacy of citizens, in this case the transfer of personal and sensitive medical information before all the other possibilities have been exhausted.”

“Transferring such information is a slippery slope, and it may reach many interested elements,” she warned fellow parliamentarians. “There is a risk of harming the public’s trust.”