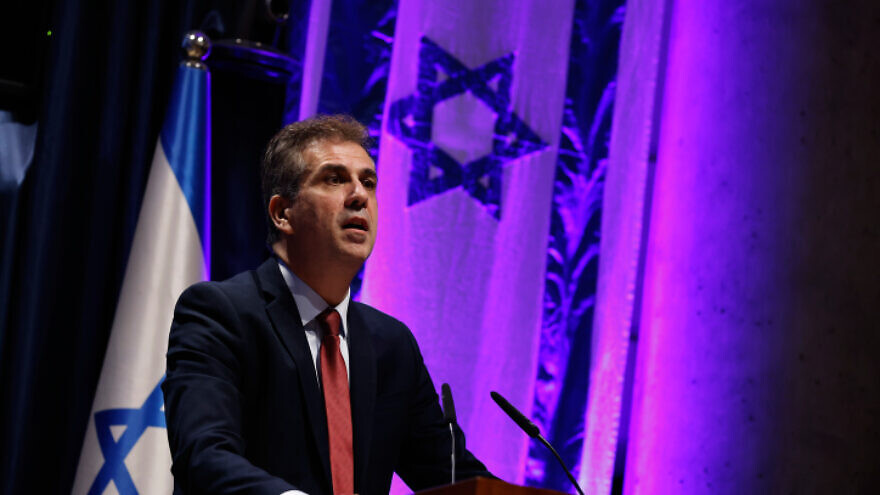 (January 2, 2023 / JNS) Incoming Israeli Foreign Minister Eli Cohen met on Monday with employees of the ministry and its representatives at Israeli missions around the world.

In his inaugural speech, he said maintaining a strong U.S.-Israel relationship remained the top priority.

“As in the past, so it will be the same in the future. Our priority will be the strategic relations with our closest ally, the United States. There is no substitute for Israel-U.S. relations. It is a long-term strategic partnership based first and foremost on common values ​​as well as on interests that we share,” Cohen said.

The Accords, he continued, had “dramatically changed the face of the Middle East.” In the past year alone, “trade volumes between Israel and the countries of the Abraham Accords crossed the threshold of 10 billion shekels,” and “beyond the economic contribution, there is a very significant security element for the countries involved as well as for the strengthening of regional stability,” he said.

Turning to the ongoing Russia-Ukraine war, he said, “We will do one thing for sure—in public, we will talk less. We will prepare a detailed advisory from the Foreign Ministry to the Cabinet in order to formulate a responsible policy. In any case, the significant humanitarian aid to Ukraine will continue.”

With regard to Iran, Cohen said there is now an international consensus that the nuclear agreement with Iran is “no longer relevant.”

He said Israel, in tandem with building up its own independent military capabilities to deal with any scenario, would also work to form an international front to prevent a nuclear Iran.