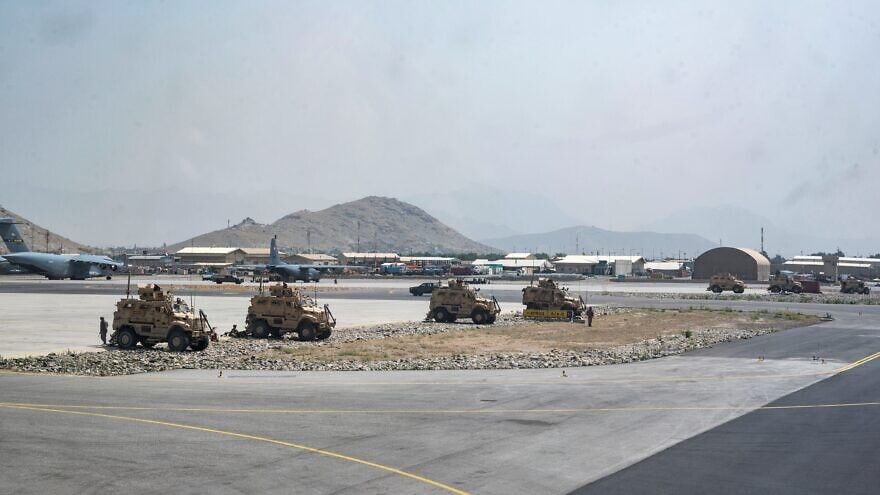 “These brave Americans made the ultimate sacrifice so that others might escape the wrath of the Taliban. The thoughts and prayers of the American Jewish community are with the families and friends of all the Americans and Afghans who were lost, as well as the hundreds who were injured,” added the leaders.

“We stand in solidarity with our fellow Americans amidst this crisis, and we pray that no more blood is shed during the ongoing evacuation,” they said.

At least 13 U.S. service members and 18 others were injured in the attack, according to the Pentagon, also noting that ISIS-K claimed responsibility for the suicide bombings. It was reported on Friday that as many as 170 people were killed in total and more than 200 injured.

“Our soldiers died in service to our country and its values—shielding civilians and assisting them to safety, even at the risk of their own lives. They were heroes who made the ultimate sacrifice, as they fulfilled their duty to ‘protect and defend,’ ” said Agudath Israel of America.

“Innocent men, women and children were murdered while trying to flee a repressive regime that will not hesitate to brutally attack, murder and pillage, especially those who have supported and assisted the U.S. mission in Afghanistan. We pray for a speedy and smooth recovery for the injured. And we pray for calm and peace in Afghanistan, and for safety to those who remain there and to those who wish to leave,” continued the Jewish organization.

“Deadliest day for US troops in #Afghanistan in a decade,” American Jewish Committee CEO David Harris posted on Twitter. “They gave their lives for something bigger than themselves. They represent the ultimate meaning of valor & sacrifice. The tears flow.”

The Anti-Defamation League wrote, “Deeply upsetting to learn of the deaths of several US service members and Afghan civilians killed in today’s attack at Kabul airport. We pray not only for the families of those lost to today’s violence but for the safe passage of all those seeking their way out of Afghanistan.”