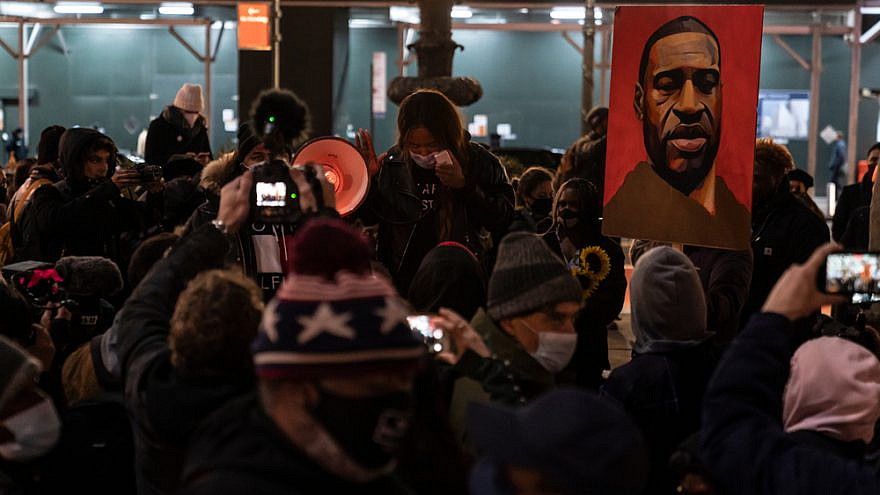 (April 20, 2021 / JNS) Jewish groups reacted to the verdict on Tuesday of former Minneapolis police officer Derek Chauvin, who was found guilty of murder and manslaughter in the death of George Floyd.

Floyd’s death on May 25, 2020, touched off massive worldwide protests, violence and an examination of U.S. race relations and police conduct in the last year. The Jewish community—active in civil rights and with a long history of black-Jewish ties—reacted with outrage over Floyd’s death, one of a number of high-profile cases nationwide.

Some groups, however, also condemned the riots that erupted as part of riots last spring and summer, including damage that occurred to synagogues and Jewish businesses.

In a statement, the Anti-Defamation League said that the “decision to hold Derek Chauvin accountable for the murder of George Floyd is a critically necessary first in securing #JusticeforGeorgeFloyd.”

“It is long past time for our country to tackle systemic racism, reimagine what public safety looks like, and create transformational change to ensure justice and fair treatment for all people.”

The American Jewish Committee said “nothing can bring back the life of George Floyd. But, at the very least, justice has been served today.”

The Jewish Council for Public Affairs noted that the verdict is “an initial step towards accountability, justice and healing.”

“We echo the sentiment expressed by JCPA’s member agency, the Jewish Community Relations Council of Minneapolis: ‘While no guilty verdict can bring George Floyd back or make his family and friends fully whole for their loss or unwind the trauma inflicted on the broader African-American community, we hope that today’s decision brings some measure of justice, healing and peace to his loved ones and for all Minnesotans.’ ”

The Democratic Majority for Israel said the verdict “represents an important step towards addressing the grave injustices he and so many other people of color have suffered. DMFI will continue to advocate for policies that will dismantle the systemic racism that plagues our country.”