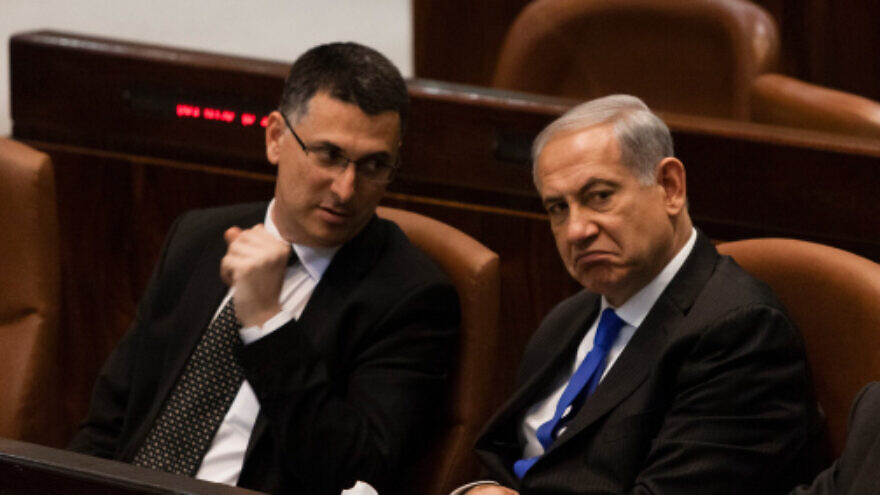 Such a proposal, Sa’ar told Kan radio, “has no chance of passing in the few days left for this Knesset, assuming no government is formed.”

Furthermore, he said, “We shouldn’t hastily change the system of governance to try and solve a momentary political situation.”

Netanyahu had suggested on Saturday that Israel avert a new and unprecedented third round of national elections by limiting the next round of voting to determining who would be the next prime minister.

In a statement, Netanyahu said he thought the political impasse could be solved by conducting a runoff between himself and Blue and White Party leader Benny Gantz.

The statement came just four days before the Dec. 11 deadline, when Israel will be automatically thrown into another election cycle.

“If [the Blue and White leadership] do not come together and do not form a national unity government,” said Netanyahu, “there is one more thing that can be done to prevent unnecessary elections for the Knesset—to introduce a direct election for the [premiership] between Benny Gantz and myself.”

The people of Israel should decide between the two leaders, said Netanyahu. “In Blue and White, they say they know what the people want, so I’m in favor of the people deciding and no one else.”

Blue and White responded on Saturday by saying that “we are engaged in preventing costly and unnecessary elections and not hollow spins to restore a system of elections that … failed miserably.” The party did not specify what it was doing to prevent new elections.

Bennett warned on Saturday of the dangers of the country going back to elections.

“A third round of elections at this time would lead, so it seems, to us missing out on diplomatic and security opportunities,” which may never present themselves again, said Bennett.

Everything possible had to be done to avoid new elections, he added.

“In the four days left, we—all responsible public servants in Israel—must do everything possible to form a government and prevent these elections. That’s what I will do.”

Sa’ar said last month that he would challenge Netanyahu in the next Likud primaries. Netanyahu agreed to hold a primary, but not until after the Dec. 11 deadline.