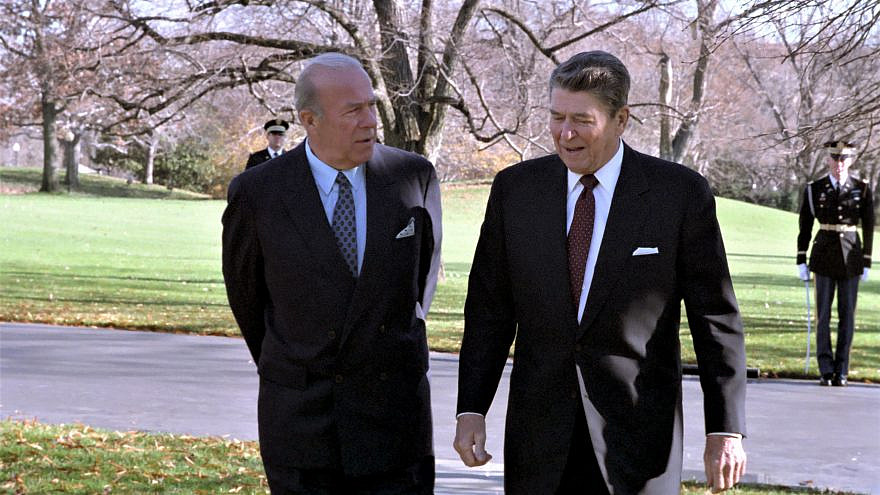 (February 16, 2021 / JNS) The long-term secretary of state, George Shultz, who died on Feb. 6 at the age of 100, will be remembered most for his negotiations on the Intermediate-Range Nuclear Forces Treaty in 1987 and the end of the Cold War. But more than that, Shultz told his biographer that he wanted to be remembered for securing the release of Soviet refuseniks, who for decades were denied the ability to immigrate to the State of Israel.

Coming from the business world, Shultz became known as a people’s person and master diplomat. He believed that there was no use in becoming personal enemies, despite their differences, with the leaders of the nations he was negotiating with. When he first met with the Soviet Union’s Minister of Foreign Affairs Eduard Shevardnadze, Shultz told his wife, Helena Marie O’Brien, that they would surely have many differences, but “Let’s make friends with him. We don’t have to have personal animosity. Let’s try to fix it so we don’t have that problem.”

But to many diplomats, it was the fact that they knew that they could trust his word and his unwavering morals to follow his principles and the letter of the law that gave him his success. “A keen intelligence,” the Hoover Institution at Stanford University, where he was a longtime professor, said in a statement, “enabled him to not only imagine things thought impossible, but also to bring them to fruition and forever change the course of human events.”

For many years, Shultz would recall having attended a Passover seder at the Moscow embassy. Joining the event was supposed to be a group of refuseniks. He said that he was preparing himself to give them courage in their struggle because they must surely be suffering for not being allowed to immigrate. “You’re going there to kind of buck them up,” he said in 2015, recounting the episode decades earlier, “and show them that somebody out in the world knows what’s going on and cares.” However, when he got there, it was the other way around, with the Americans in attendance left inspired. “Here are these individual human beings that believe what they believe, that are going to do what they’re going to do, and no big Soviet brutal state can change that.”

Assisting thousands to be able to immigrate to Israel, he said, was something that he and former President Ronald Reagan worked hard on making possible. He recalled that one time when the White House summoned the Soviet Ambassador Anatoly Dobrynin. A third of the conversation was spent on issues of Soviet Jewry. When the ambassador left, he said, it was important for Reagan that he should know that as president of the United States, he understood the plight of Soviet Jewry and knew who the people were; “he was very heavily invested in the subject, as was I,” said Shultz.

One refusenik that he worked on releasing was Ida Nudel, who had been trying for 16 years to immigrate to Israel. She was interrogated many times by the Soviet secret police and was exiled to Siberia for four years. In 1987, Shultz received a call to the U.S. Department of State, and the voice on the other end responded that it was Nudel, telling him, “I’m in Jerusalem. I’m home.”

Decades later, he recalled this as an unforgettable moment, “It was the high point of my career as secretary of state.” 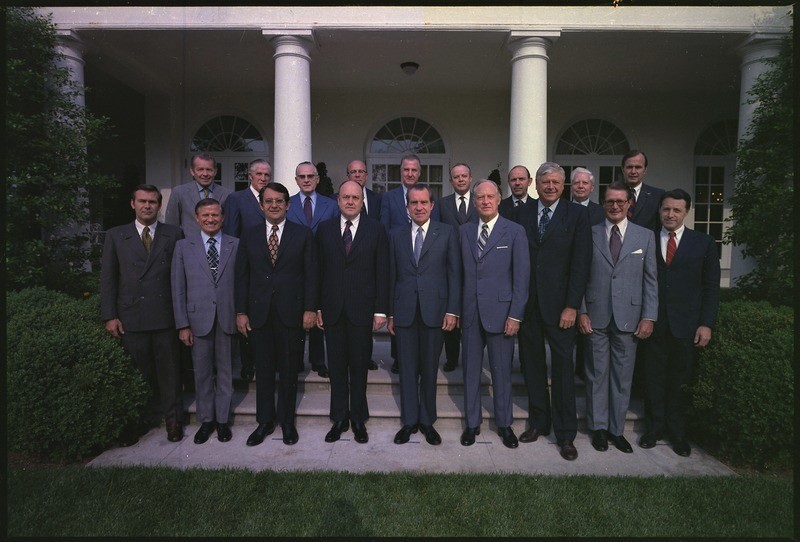 ‘The capacity for hope’

On a 1985 visit to Yad Vashem Holocaust memorial center in Jerusalem, he told those gathered that the museum was a symbol of hope. “It reminds us that from the abyss of Jewish suffering at Nazi hands re-emerged the Jewish state, a haven, finally, after centuries of anti-Semitic persecution. The birth of Israel was a rebirth of hope, not only for Jews but for people everywhere. That the Jewish people could not be vanquished even by so vicious a tyrant as Hitler is testimony to the indomitable human spirit.”

He promised that the United States would continue to assist in freeing Soviet Jewry and bringing Ethiopian Jews to Israel. “It is Judaism that has taught us the human being not only has the capacity for evil, but also the capacity for hope,” he said. “It is that faith which is the essence of the democratic philosophy, a philosophy based on the principle of human dignity and human brotherhood that binds Israel and America together.”

“You’re going there to kind of buck them up, and show them that somebody out in the world knows what’s going on and cares.”

In November 2015, Shultz received the Herzl Award from the World Jewish Congress. While in New York, he met with the organization’s president Ronald S. Lauder. The billionaire businessman had a long relationship with Shultz, beginning when he became ambassador to Austria. It was 1986—in the midst of controversy over Kurt Waldheim, who had been elected president of Austria. Dubbed “The Waldheim Affair,” doubts hovered around his former military record and knowledge about war crimes committed by Austria during World War II, despite the fact that Waldheim consistently denied any involvement with the Nazis and Nazi Party.

As for Lauder, his post was mostly ceremonial, but as ambassador, he was expected to attend the president’s inauguration. Because of Waldheim’s dubious past, however, Lauder put his foot down, insisting that he didn’t want to go. State Department officials pressed him to attend, and after refusing all of them, the matter arrived at Shultz’s desk. Hearing him out, Shultz sided with Lauder, and the seat at the ceremony remained empty.

During a meeting two decades later, Lauder asked Shultz why he not only made that particular decision, but continued to stand up for American and Israeli Jews during times when he was pressured not to. He responded: “Because I thought you [the Jewish people] were right.” 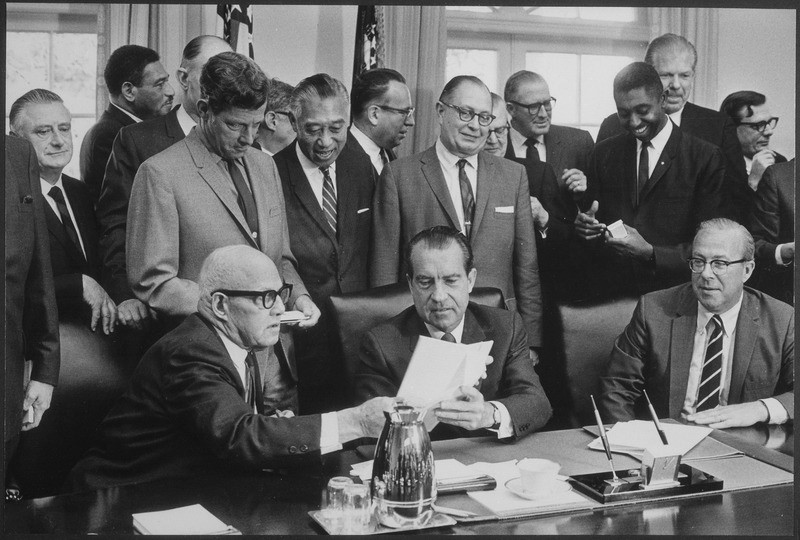 ‘It is common sense, come on!’

While it came to Israel, Shultz took his longstanding position that the country, if it suspected an attack, should preemptively respond. “When you see something coming at you that is going to hit you, you want to hit before it hits you,” he said at the time.

In a 2016 speech to the Israel Democracy Institute, he said that people told him that he was crazy, to which he replied: “It is common sense, come on!” There was mass condemnation in Washington, “but I found out the president agreed with me,” so it turned out fine.

Shultz’s first few years as secretary of state were mired by one crisis after the next in the Middle East, beginning with the 1982 Lebanon War. However, he tried to negotiate an end to the war, telling Israeli Prime Minister Menachem Begin, “I have talked with many Arabs in my life, and when they spoke logically, I sensed in them a deep animosity toward Israel. Not so with the Lebanese. I simply did not detect any feeling of hatred toward you.”

While the war ended, Shultz was not successful in obtaining full peace between the nations. Many blamed this on his lack of negotiation skills, being better as a mediator. At the time, Shultz blamed the war on Israel—that the crisis in Lebanon was painfully clear, and that the legitimate needs and problems of the Palestinian people needed to be resolved. He told Congress that he was critical of Israel’s invasion of the country.

“I have talked with many Arabs in my life, and when they spoke logically, I sensed in them a deep animosity toward Israel.”

Elyakim Rubinstein, who served as cabinet secretary for former Israeli Prime Minister Yitzhak Shamir, gives credit to Shultz for saving Israel’s economy in the mid-1980s when there was mega inflation, and later creating a trade-free zone with the United States. When it came to negotiating with the PLO, he says, of which Shultz was a proponent, their differences were stark.

Nevertheless, Rubinstein—a former vice president on Israel’s Supreme Court—told JNS that “they mutually trusted each other, despite their difference of views.”

However, he quickly came to realize that fighting terrorism was not so easy. In his 2016 book Learning From Experience, he wrote that Israel has won major battles in the war against terrorism, “in actions across its borders, in other continents, and in the land of Israel itself.”

He explained that the success was rooted in the strong will of the Israeli people to fight terrorism. “They entertain no illusions about the meaning of the danger of terrorism. … The rest of us would do well to follow Israel’s example.

He walked back his 1982 statement, writing that for many years, the rhetoric that the reason why Arabs wage terrorist attacks against the West is because of U.S. support for Israel. But he wrote that he himself learned from life’s experience, that the support that America gives for Israel’s security is justified. “We are attacked not because of some mistake we are making, but because of who we are and what we believe in. We must not abandon our principles, or our role in the world, or our responsibilities as the champion of freedom and peace,” he wrote. 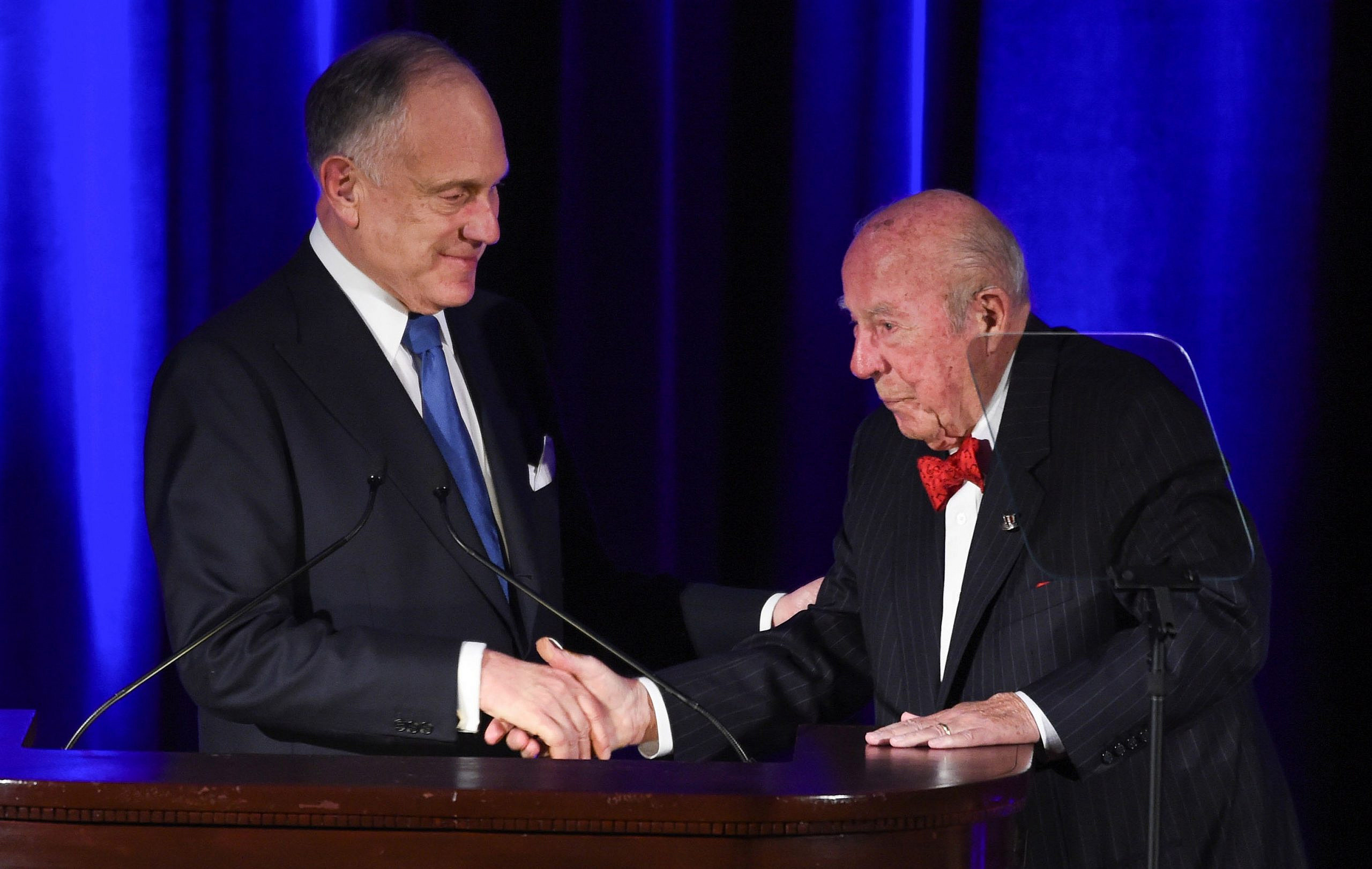