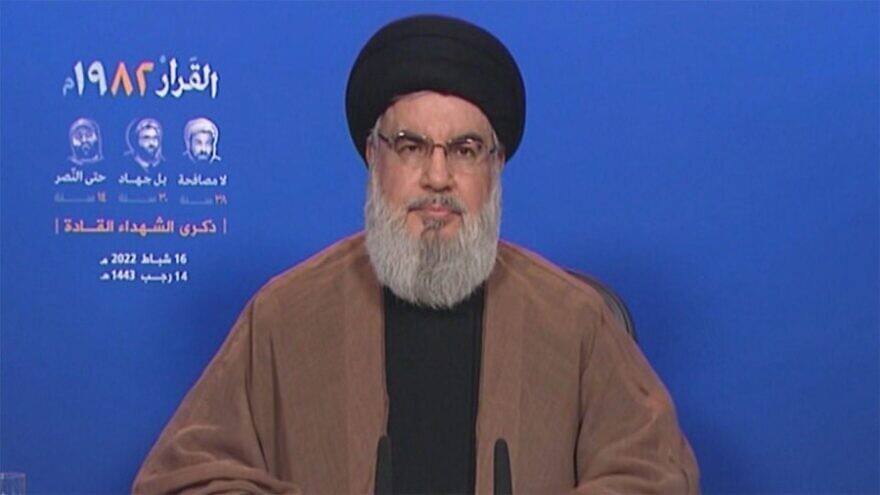 “If the extraction of oil and gas from Karish begins in September before Lebanon obtains its right, we would be heading to a ‘problem,’ and we’ll do anything to achieve our objective,” Nasrallah told the Hezbollah-affiliated Al-Mayadeen TV channel, according to Lebanese news site Naharnet.

“No one wishes for war, and the decision is in Israel’s hands, not in our hands,” he said, according to the report.

Nasrallah added in comments made available in English by Lebanese news site Naharnet that Beirut needed to “press to get our oil” as U.S. President Joe Biden does not want a conflict in the region.

“All fields are under threat, not only Karish,” he said, adding that “no Israeli target at sea or on land is out of the reach of the resistance’s [Hezbollah’s] precision missiles.”

U.S. Senior Advisor for Energy Security Amos Hochstein reportedly instead suggested a “field swap,” but Lebanese officials did not agree.

On Monday, the head of Hezbollah’s executive council, Sayyed Hashem Safieddine, stated: “We are close to defeating the Israelis by land and by sea if we want to, and we will decide when to do it.”

On July 2, the Israel Defense Forces shot down three unmanned aerial vehicles sent by Hezbollah from Lebanon towards the Karish platform.