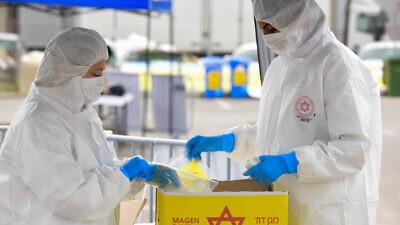 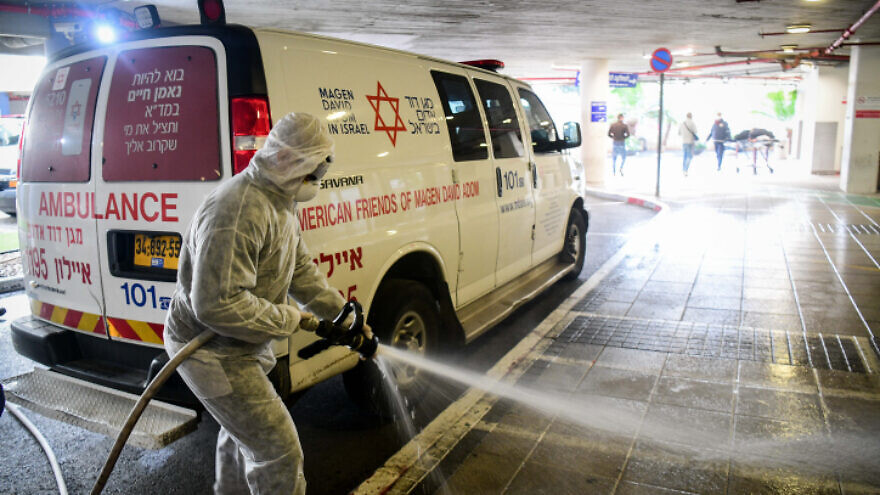 (March 22, 2020 / Israel Hayom) Israel’s Health Ministry said on Sunday that the number of Israelis diagnosed with the COVID-19 virus has risen to 945, a total of 20 of whom are in serious condition.

According to the ministry, the majority of cases (863) are mild, 24 are moderate, and 37 people have recovered. Over the weekend, 88-year-old Holocaust survivor Aryeh Even of Jerusalem became the country’s first recorded COVID-19 fatality.

The ministry noted that 814 doctors and 900 nurses are currently in quarantine, and that 42 medical personnel have tested positive for the virus. More than 60,000 Israelis are currently under home quarantine.

On Saturday, Israeli media reported that despite the urgent need for testing, not all of the laboratories performing the tests were working over the weekend.

The head of the Israel Association of Biochemists, Microbiologists and Laboratory Workers accused the Health Ministry of preventing laboratories from operating in full on Shabbat, limiting the number of coronavirus tests they could perform.

The Health Ministry denied the claim, saying it has increased testing from 500 a day to around 2,200. A ministry official said that the number of tests is expected to increase to 3,000 a day this week Sunday and 5,000 by the next week, as per Israeli Prime Minister Benjamin Netanyahu’s directives.

Also over the weekend, Magen David Adom, Israel’s primary emergency services organization, opened four drive-through testing facilities, allowing Israelis who know they have been exposed to a verified coronavirus carrier to be tested.

Meanwhile, many Israelis continued to flout restrictions on leaving their homes. As a result, the cabinet on Saturday night updated the emergency regulations currently in place. The new restrictions, which came into effect on Sunday at 8 a.m., will be in place for the next seven days and will be enforced by the Israel Police, who can impose hefty fines on violators.

According to the new directives, Israelis must remain at home unless they need to buy essential food and medical supplies or seek medical treatment. Other exceptions include attending demonstrations, aiding the elderly or sick, donating blood, attending court hearings, seeking aid from welfare services, going to the Knesset, attending religious services, including weddings and funerals (at which no more than 10 people can be present) or visiting a mikvah (Jewish ritual bath).

Israelis are also permitted to exercise outdoors in groups no larger than two and to take short walks in the vicinity of their homes. The ban also restricts the number of people allowed in a single car to two unless they’re members of the same household. This restriction does not apply to “essential” errands, carpools of essential workers to and from work, or delivery services.