(December 13, 2020 / JNS) Next year may see a major shift in Israel’s intelligence community, with the heads of IDF Military Intelligence, the Israel Security Agency (ISA, more commonly known as the Shin Bet) and the Mossad intelligence agency all ending their terms in office.

ISA Director Nadav Argaman is expected to end his term in office in May 2021—”expected” being the key word.

Israel’s General Security Service Law, passed in 2002 with the aim of regulating the Shin Bet’s operations, sets the agency director’s term at five years. While sources close to Argaman have said he would like nothing more than to retire on time, it may not happen; the law allows the government to extend the director’s tenure by a year, and there is a substantial chance Argaman will be asked to remain.

For his part, Argaman himself speaks of the need to invigorate the agency’s top echelon, to bring in “new blood.” Asked who he thinks should be his successor, he always says the same thing—to be the Shin Bet’s director you must first be its deputy director.

This statement can be taken at face value: The deputy director knows the organization inside and out and his performance as No. 2, which often includes clashing with politicians, is telling of his potential aptitude to head Israel’s domestic security service. 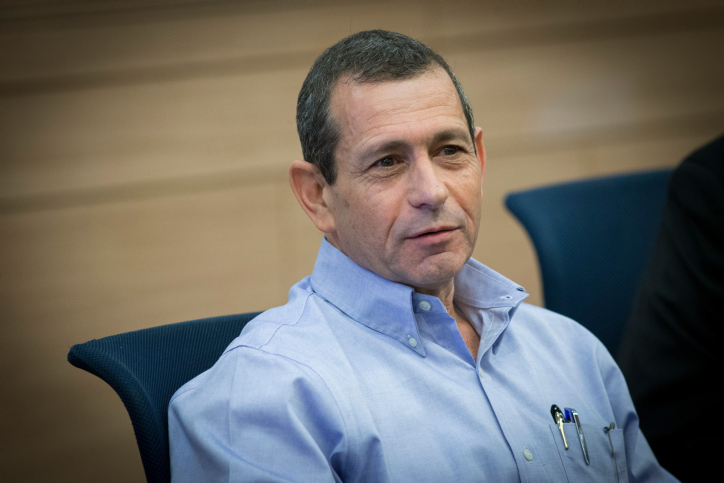 Argaman has had two deputies, both “Rs.” The first R. was the head of the ISA’s southern desk and later the ISA’s bureau chief, and the second R. was head of the agency’s operational directorate and later its bureau chief. Both officers are very experienced and highly qualified; each choice has its pros and cons, and both are natural candidates to follow in Argaman’s footsteps.

However, Prime Minister Benjamin Netanyahu—Argaman’s direct superior—may have other plans. He may name National Security Adviser Meir Ben-Shabbat, one of his closest confidants, to the role.

Ben-Shabbat is a graduate of the Shin Bet, having served as head of its counterterrorism division, head of the cyber division and head of its southern desk. But he was never the deputy director. This may not matter to Netanyahu, who unsuccessfully tried to promote his former military secretary, Maj. Gen. Eyal Zamir, to the post of IDF chief of staff despite the fact Zamir had not served as deputy chief of staff. 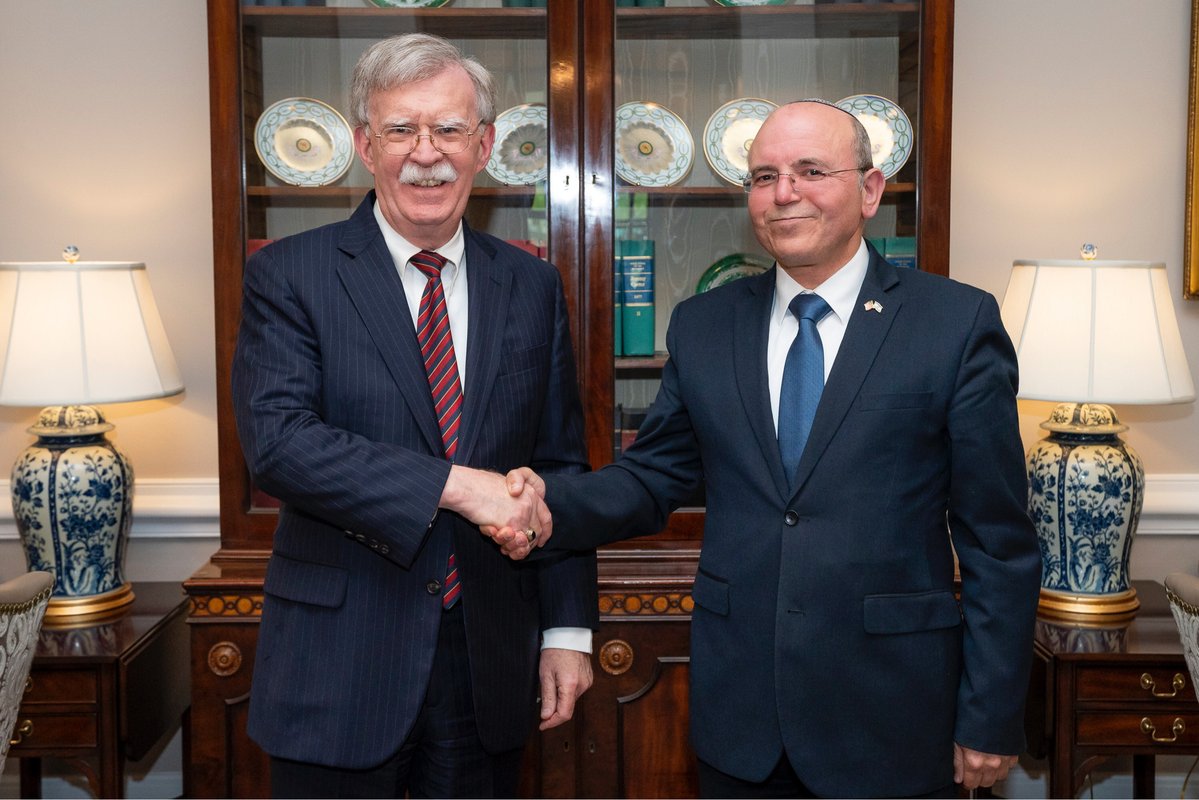 The move met considerable pushback from the defense establishment and resulted in IDF Chief of Staff Lt. Gen. Aviv Kochavi’s appointment, with Zamir as his deputy. Kochavi’s term as chief of staff will end in 2022, and Zamir will be able to throw his hat in the ring as the natural candidate (with Netanyahu’s support, assuming he is still in office).

Kan 11 News reported this week that a string of top Shin Bet officers have warned that if Ben-Shabbat is tapped for the role they will resign. Argaman’s two deputies will surely do so, but the threat reflects something else, as it has less to do with criticism over whether Ben-Shabbat is right for the role and more to do with the fact that he is Netanyahu’s confidant, who in the past has done the prime minister’s political bidding.

Behind closed doors, Ben-Shabbat claims that he is not interested in being appointed Shin Bet director. That assertion should be taken with a grain of salt—anyone who serves in a high-profile organization naturally aspires to lead it. It is more likely that he knows that any comment on the subject could increase the criticism leveled at him. He also knows that Netanyahu, who makes it a point to work only with people he absolutely trusts, may ask everyone to let things stand for now, meaning leave Argaman and Ben-Shabbat in their current roles and postpone the decision for another year.

In any case, as long as the current government is in office, any decision will require the consent of Defense Minister Blue and White leader Benny Gantz, who as alternate prime minister will undoubtedly want to influence the selection of the next ISA chief and national security adviser. This, too, could potentially postpone the decision.

Even under this scenario, the issue of personal loyalty will continue to hover over the process, which is bad for everyone, especially for the public.

In these positions—IDF chief of staff, military intelligence chief, police commissioner, Mossad and Shin Bet directors, as well as attorney general and the state attorney—loyalty must be to the kingdom, not the king.

These people must all be able to look directly at the prime minister—any prime minister—and tell him their professional truth, even if it does not coincide with his political positions or interests. 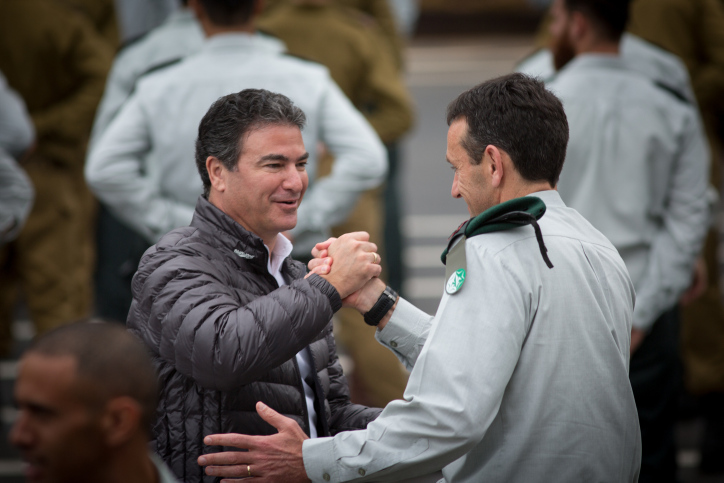 Over at the Mossad, Director Yossi Cohen’s five-year term has already been extended by six months. Vying for the role are his two deputies, A. and D., but Netanyahu may name an outside candidate.

Such a move will not be taken kindly by the agency. “This will be a slap in the face,” a high-ranking Mossad officer said this week. “You can understand naming an external candidate in a time of crisis when a change is warranted or you need to shake things up. That is not the case.”

The Military Intelligence Directorate is also facing a change at the helm. 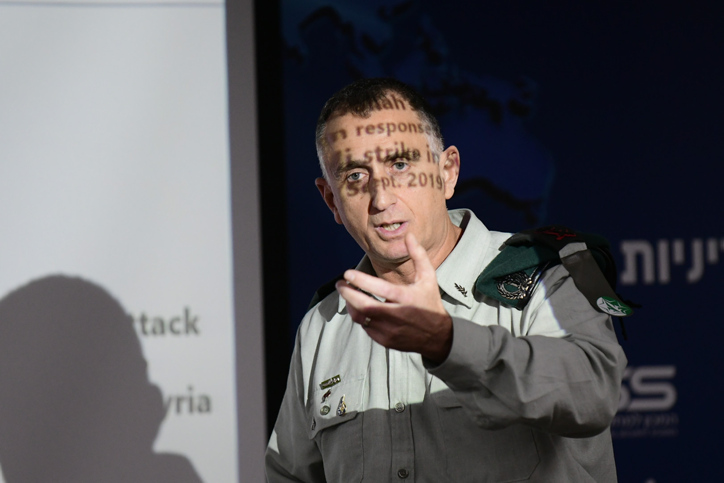 Maj. Gen. Tamir Hayman, chief of IDF Military Intelligence, at the Annual International Conference of the Institute for National Security Studies, in Tel Aviv, on Jan. 28, 2020. Photo by Tomer Neuberg/Flash90.

A changing of the guard across all three intelligence bodies simultaneously is less than desirable. It takes time to grow into these roles, to develop the discretion and instincts necessary for them, and to earn the respect and the trust of their other members.

An entirely new senior intelligence-operational echelon that is essentially inexperienced spells a bumpy ride, which could also exact a price.

The best approach is gradual—seeing the change through one agency at a time, all while improving the working relationship between the heads of the three organizations.

It is no secret that there is no love lost between Argaman, Cohen and Hayman. The relationships among the three have had their ups and downs—insiders say mostly downs—and have been rife with criticism, some warranted and some not. Their replacements will have to rise above that, as well as above any pressure from the political echelon, and put one thing above all else—national security.

Yoav Limor is a veteran Israeli journalist and columnist for Israel Hayom.