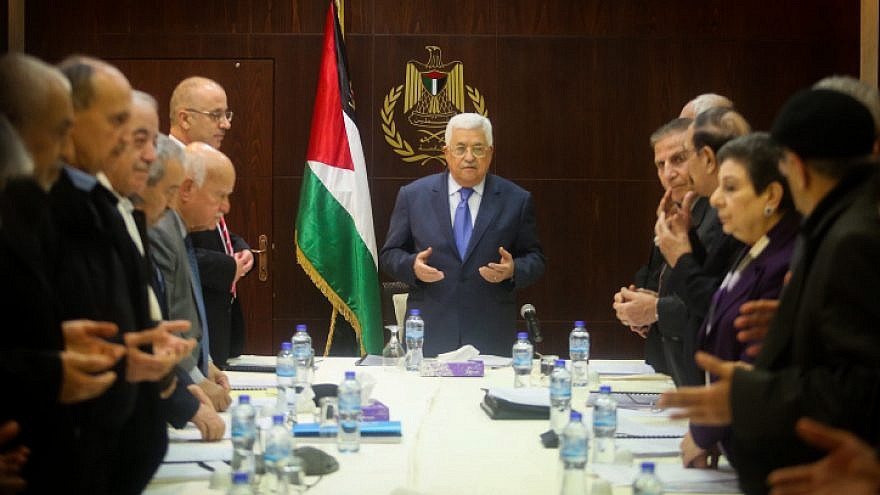 Palestinian Authority leader Mahmoud Abbas at a meeting of the executive committee of the Palestine Liberation Organization in the city of Ramallah in the West Bank, on Feb. 13, 2017. Photo by Flash90.
Spread the word.
Help JNS grow!
Share now:

According to a report by Palestinian Media Watch, Faisal also said that from the Palestinian leadership’s point of view, the Palestinians “have entered a path of resistance in all its forms,” indicating that this includes violence as well.

“The decision of the [Palestinian] National Council was a recommendation to the [Palestinian Liberation Organization] Central Council to renounce all the commitments of the Oslo Accords and stop the security coordination [with Israel],” stated Faisal.

“The Central Council decided to renounce the commitments of all the agreements with the State of Israel, whether by the PLO or the Palestinian Authority,” he added.

The PNC is the top authority in the PLO, and it formulates policies and programs.

According to PMW, despite the announcement, nothing has seemingly changed on the ground; the PLO and the P.A. have not said they were stopping security coordination.