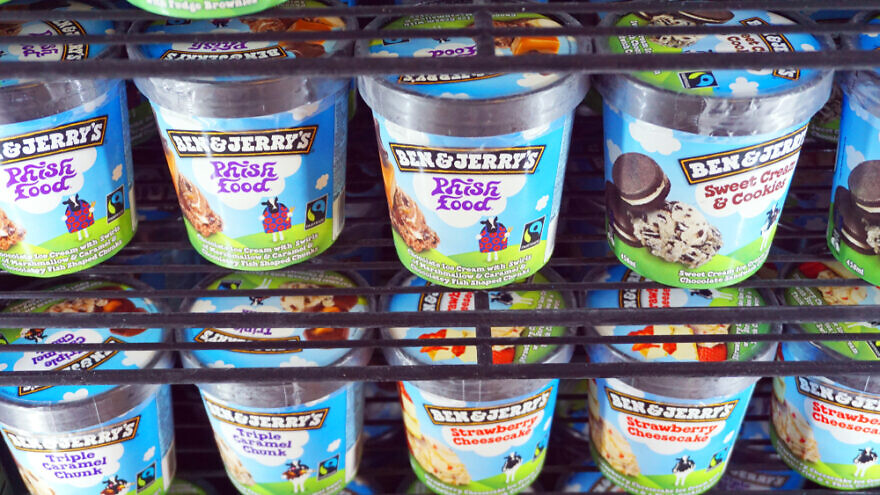 (June 29, 2022 / JNS) Ben & Jerry’s parent company Unilever announced on Wednesday that it will sell the rights to manufacture and distribute the brand’s products in Judea and Samaria to the ice-cream maker’s Israeli franchisee. The sale will allow the brand to continue being manufactured and sold in Judea and Samaria under its Hebrew and Arabic name, bringing to an end a nearly year-long standoff.

“Unilever has used the opportunity of the past year to listen to perspectives on this complex and sensitive matter and believes this is the best outcome for Ben & Jerry’s in Israel. The review included extensive consultation over several months, including with the Israeli government,” the company said in a statement.

The move drew widespread condemnation in Israel, including from Prime Minister Naftali Bennett, who called the decision a “moral mistake.” On Feb. 5, 2022, Israeli Justice Minister Gideon Sa’ar approved the sanctioning of the ice-cream manufacturer and Unilever Global for its decision to sever its licensing agreement with Ben & Jerry’s Israel.

The move was also unpopular with many Unilever shareholders, one of whom filed a class-action suit against Unilever Plc in New York federal court on June 15.

Filed by “The City of St. Clair Shores Police and Fire Retirement System,” a Michigan retirement fund, the suit asserts that Unilever hid a decision of Ben & Jerry’s board of directors to stop selling its products in areas it considered illegally occupied by Israel. Although Ben & Jerry’s is a wholly-owned subsidiary of Unilever, it maintains an independent board, focused on the company’s social mission.

In its announcement on Wednesday, Unilever said that the company “rejects completely and repudiates unequivocally any form of discrimination or intolerance. Anti-Semitism has no place in any society. We have never expressed any support for the BDS movement and have no intention of changing that position.”

The company, which is known as the maker of Dove soap products and other everyday household items, said that it was proud of its business ventures in Israel, which employ approximately 2,000 people from different backgrounds and maintain four manufacturing facilities.

Ben & Jerry’s expressed dissatisfaction with the decision, tweeting: “We are aware of the Unilever announcement. While our parent company has taken this decision, we do not agree with it. Unilever’s arrangement means Ben & Jerry’s in Israel will be owned and operated by AQP. Our company will no longer profit from Ben & Jerry’s in Israel. We continue to believe it is inconsistent with Ben & Jerry’s values for our ice cream to be sold in the Occupied Palestinian Territory.”

Speaking with Jewish Insider on Wednesday, Zinger said, “I think Unilever took a very principled stance and recognized that it was important for Ben & Jerry’s ice-cream to continue to be made available to all consumers in Israel: Israelis, Palestinians, Jews, Muslims, Christians, wherever they may live.”