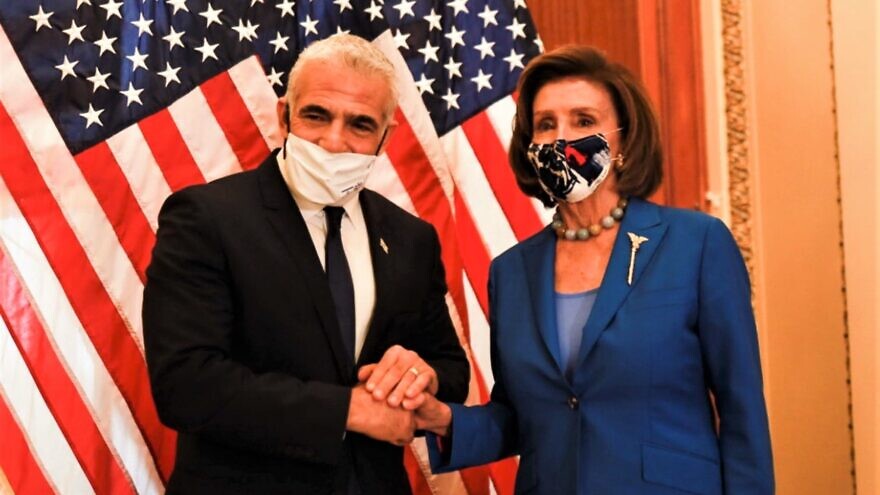 Two of the most powerful members of the House of Representatives announced on Thursday that they would not seek positions in leadership during the next Congress.

Speaker Nancy Pelosi (D-Calif.), 82, the first woman speaker of the House in U.S. history, made the announcement on the House floor, stating that she would not seek reelection to the Democratic party’s leadership in the next Congress, even though she plans to continue serving.

The decision was made as the House will flip into the control of Republicans in January, despite the Democrats, under Pelosi’s leadership, performing far better than expected during last week’s midterm elections.

Pelosi climbed the party’s ranks from being minority whip and leader of the House Democratic Caucus in the early 2000s, to minority leader in 2003. In 2007, she became speaker for the first time when Democrats took control of both the House and Senate in the 2006 midterm election. Four years later, this time during a midterm in President Barack Obama’s tenure, Republicans regained the House under Speaker John Boehner (R-Ohio). Republicans kept the majority until Democrats again regained control of the House during the 2018 midterm elections, bringing Pelosi back into the speakership.

Shortly after Pelosi said she was stepping down, another one of the party’s longtime leaders in the House, Majority Whip Steny Hoyer (D-Md.), 83, also announced that he was stepping down from his leadership position in the next Congress after nearly two decades in power.

“I believe that it is time for me, however, to continue my service in a different role. Therefore, I have decided not to seek elected leadership in the 118th Congress,” Hoyer said in a statement.

Both leaders represent the old guard of the Democratic party which strongly supported Israel. In later years, these and other positions put them at odds with younger, more progressive members of their party.

In a statement, Democratic Majority for Israel President and CEO Mark Mellman said that in her nearly two decades in leadership, Pelosi has transformed America in innumerable ways—and Americans are now living longer, healthier and better lives today “because of her bold leadership.”

“We’re grateful that she has been a champion of the special relationship between the United States and Israel, welcoming Israeli prime ministers and presidents to the halls of Congress and securing vital aid that gives Israel the resources it needs to defend itself,” said Mellman. “Speaker Pelosi shattered the ‘marble ceiling’—a powerful reminder of the fundamentally American ideal that, no matter one’s gender, religion, race, sexual orientation, or identity, there are no limits to what one can achieve.”

Regarding Hoyer, Mellman noted how he led many congressional delegations to the Jewish state for decades, ensuring that “members of Congress learned not just about the important strategic relationship between the United States and Israel, but also about the miracle of Israel’s very existence.”

“He worked relentlessly to ensure Israel has the resources it needs to defend itself by itself and fought back against attempts to undermine the U.S.-Israel relationship,” Mellman said.

Rep. Hakeem Jeffries (D-N.Y.) is considered the top candidate for minority leader, while Rep. Katherine Clark (D-Mass.) is likely to be the pick for minority whip.