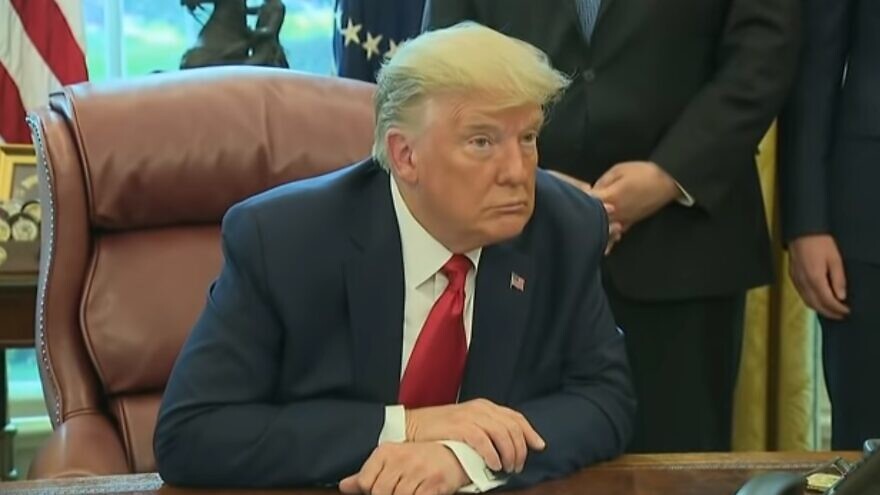 (November 17, 2020 / JNS) U.S. President Donald Trump had of late been seeking options for attacking the Natanz nuclear site in Iran after the International Atomic Energy Agency (IAEA) reported an increase in the country’s stockpile of nuclear material, sources told The New York Times on Monday.

According to the Times, U.S. Vice President Mike Pence, Secretary of State Mike Pompeo, Acting Defense Secretary Chris Miller and Joint Chiefs of Staff chairman Gen. Mark Milley dissuaded the president from pursuing such an option on the grounds that an attack on Iran’s nuclear facilities could escalate into a larger conflict.

The IAEA reported last week that Iran’s uranium stockpile is 12 times larger than permitted under the Joint Comprehensive Plan of Action (JCPOA), the nuclear deal reached between the Islamic Republic and world powers in 2015. Trump withdrew from the deal in May 2018.

The IAEI also noted that the regime in Tehran was blocking access to a suspected site where nuclear activity had allegedly taken place.

According to the report, Iran completed the transfer of a cascade of advanced centrifuges from a plant above ground to an underground site at Natanz.