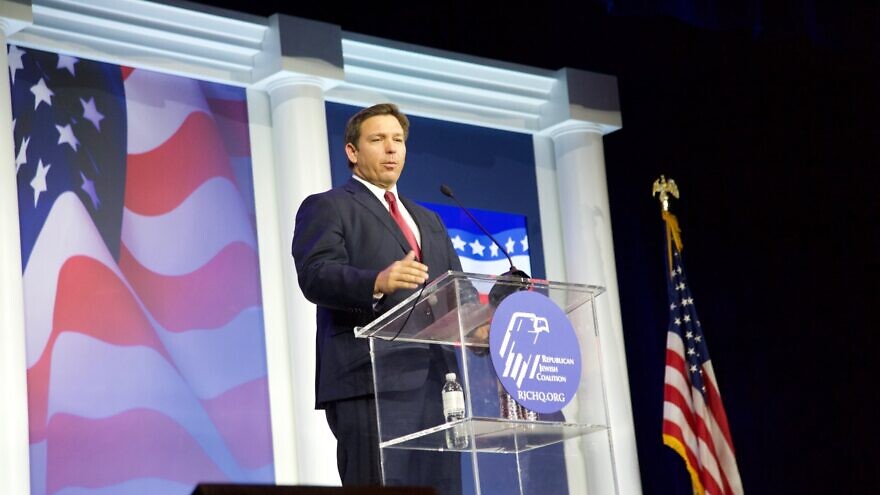 (November 8, 2021 / JNS) About 750 boisterous Jewish supporters of the Republican Party gathered in Las Vegas this past weekend to hear from potential Republican presidential candidates, along with current elected officials, with the focus on the GOP’s goal of taking back the Congress and Senate in the 2022 midterms and the White House in 2024.

Speaker after speaker at this year’s Republican Jewish Coalition conference accused the Biden administration of failing on many issues including damaging the strong U.S.-Israel ties developed under the Trump administration and showing weakness against Iran as they pursue nuclear weapons.

Participants exuded optimism about the upcoming 2022 midterm elections following the successes and gains of the Republican Party in state elections last Tuesday, especially the victory of the newly elected GOP governor of Virginia, Glenn Youngkin.

In a pre-taped message, former president Donald Trump said that “no president has ever been a better friend to the State of Israel, and I am proud of that.”

He went on to list his administration’s accomplishments, including moving the U.S. embassy from Tel Aviv to Jerusalem and recognizing Israeli sovereignty over the Golan Heights.

Trump slammed the Biden administration for showing weakness on Iran and putting the Jewish state in danger. Trump said that U.S. President Joe Biden’s “unbelievable weakness toward the Iranian regime directly provoked a missile attack on Israeli civilians,” referring to the thousands of rockets fired by Hamas at Israel last May.

“Biden shamefully criticized and slandered the nation of Israel even when it was under attack,” he said.

While Trump loomed large over the conference and has yet to signal if he will run for president in 2024, several other speakers included presidential hopefuls, making their pitches to a friendly audience.

Former Vice President Mike Pence told the crowd, “Make no mistake about it, President Joe Biden has turned his back on Israel,” citing the current administration’s desire to rejoin the 2015 Iran nuclear deal—the Joint Comprehensive Plan of Action (JCPOA), that the Trump administration pulled out of in May 2018.

The former vice president also took Biden to task for planning to open a consulate for the Palestinian Authority in Jerusalem, a move he said was illegal, by establishing a diplomatic mission for a foreign entity in Israel’s capital. Pence called on Congress to intervene in order to prevent the move.

‘We can no longer talk about the past’

Former U.S. Ambassador to the United Nations Nikki Haley received an exceptionally warm welcome as she reinforced her support for Israel, citing how under her watch the Trump administration pulled out of the United Nation’s Human Rights Council (UNHRC) for unfairly singling out and condemning Israel. Under the Biden administration, the United States recently rejoined the UNHRC.

Haley also expressed her admiration for the pro-Israel Washington lobby AIPAC but encouraged the body to distance itself from politicians who support policies harmful to Israel.

“I have spoken at AIPAC events many times, and they’ve always been unbelievably supportive to me,” she said. “If a politician supports the disastrous Iran deal, opposes moving the American embassy to Jerusalem and is embraced by anti-Semites who support the BDS movement, then your pro-Israel group should have absolutely nothing to do with him.”

In addition to focusing on Israel, many of the speakers criticized the Biden administration  on domestic issues, including education, critical race theory, personal liberties and freedoms during the COVID-19 pandemic. 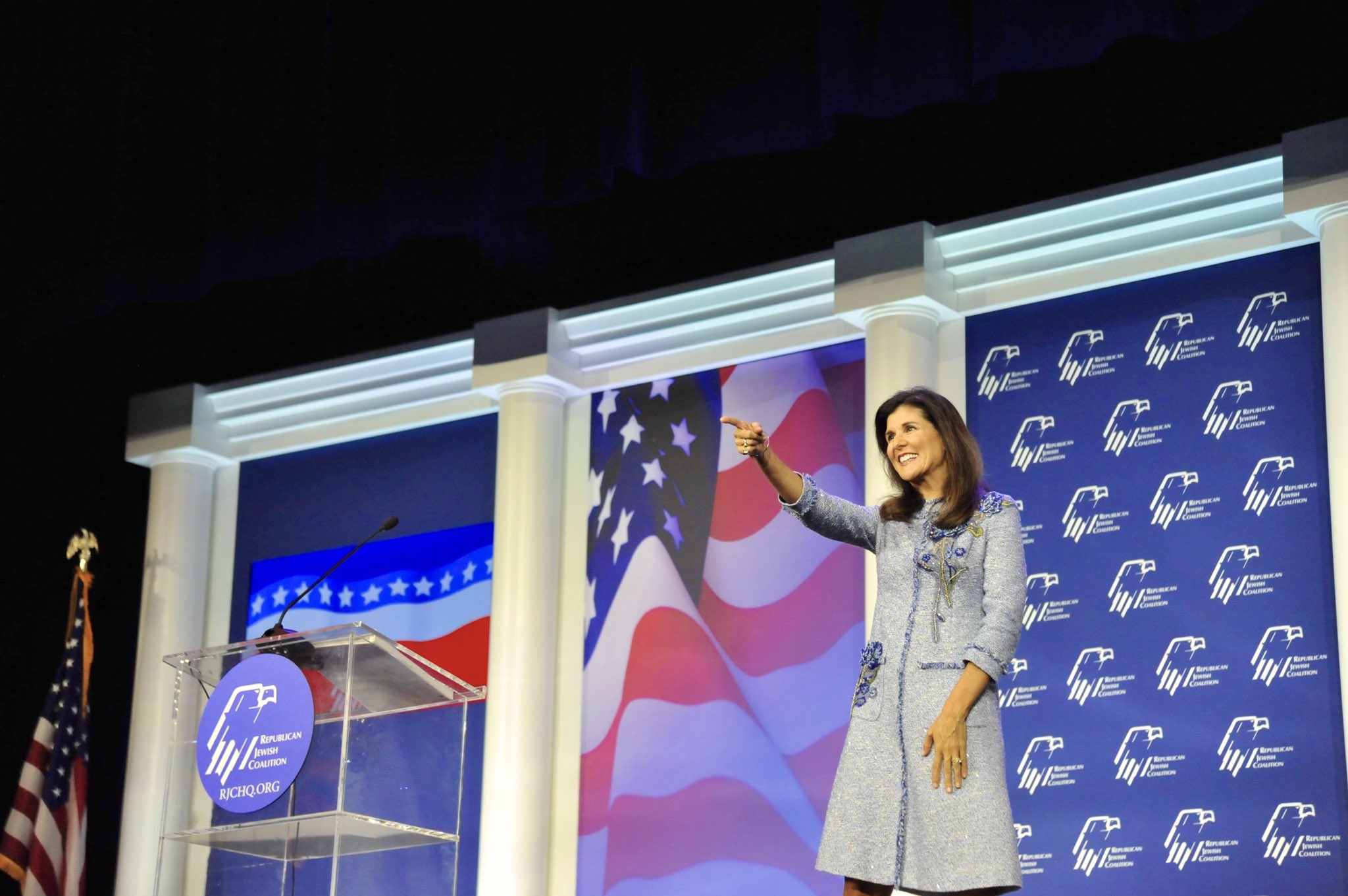 Christie, a two-term governor from New Jersey who ran unsuccessfully for president in 2016, urged Republicans to look forward and not back.

“We can no longer talk about the past and past elections,” said Christie. “No matter where you stand on that [2020] election—no matter where you stand, it is over. Every minute that we spend talking about 2020, all the wasted time that we’re there, Joe Biden, Kamala Harris, Nancy Pelosi and Chuck Schumer are laying ruin to this country.”

DeSantis, who has gained national popularity and is viewed as being a possible Republican frontrunner for the 2024 presidential election, touted his achievements in office.

The Florida governor, who is up for re-election next year, took aim at the Biden administration over its vaccine and other COVID-related mandates as well as border policies. At the same time, he pointed fingers at the far-left in the Democratic Party, saying  “the woke are anti-Semitic. They are anti-Israel.”