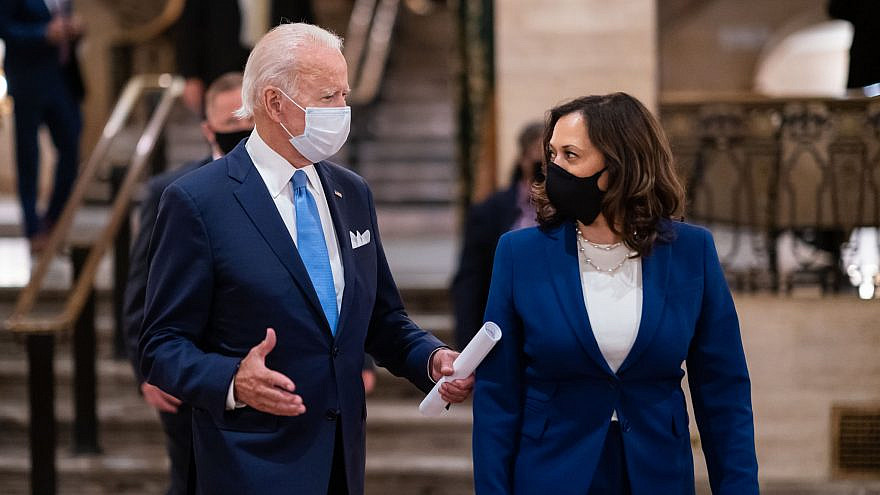 (December 8, 2020 / JNS) As the incoming Biden administration continues to assemble its national security and defense teams, reportedly selecting the former commander of the United States Central Command Lloyd Austin as Secretary of Defense, observers in Israel have assessed that the tight military cooperation in place between the United States and Israel looks assured to continue in the years to come.

“When I look at the bilateral cooperation on security, intelligence, weapons, doctrine and maneuvers, I don’t see any changes,” Professor Eytan Gilboa, an expert on American-Israeli relations and a senior research associate at the Begin-Sadat Center for Strategic Studies at Bar-Ilan University, told JNS on Tuesday. “But on strategic issues, there could be some disagreements over Iran. However, I don’t see those affecting the other areas of bilateral strategic cooperation.”

Even in the final two years of the Obama administration—when tensions between it and the Israeli government reached a peak—strategic security cooperation was unharmed, recalled Gilboa, adding that it can be credited for approving a 10-year, $38 billion military aid package to Israel in 2016. “This happened during the Obama administration,” he stressed.

“Yes, the progressive branch of the Democratic Party has said that the U.S. should use American military aid to Israel to exert pressure for concessions in its relations with the Palestinians. But Biden vehemently rejected that. So this is not going to happen,” said Gilboa.

America and Israel look set to continue improving weapons together, conduct weapons testing and development, and hold routine joint exercises in the coming years, he added. “And the reason for that in my judgment is simply benefit.”

With the two countries sharing the same core interests, it should be clear to observers that Israel is “giving benefits back to the U.S.,” said Gilboa. “I’ve always opposed the description of it as U.S. aid. It’s more of an investment. So I think this bilateral cooperation will continue.”

When it comes to Iran, however, there are signs of potential strategic disagreements that are already visible, noted Gilboa. Future Secretary of State Antony Blinken and National Security Advisor Jake Sullivan have strong motivation to prove that U.S. President Donald Trump was wrong to leave the Iranian nuclear deal, and this motivation could translate into an acceptance of some Iranian conditions, he argued.

Iran’s conditions include the removal of some of the U.S. sanctions in order to return to the 2015 Joint Comprehensive Plan of Action (JCPOA), and “the question is whether this administration will be tough enough to achieve a better deal,” said Gilboa.

Israel opposes the removal of sanctions on Iran, but it must not find itself removed from the negotiations process with Iran as it was under Obama, he cautioned. Gilboa noted that in 2013, “Sullivan conducted secret negotiations and took Israel completely out of the picture. This time, I think Israel must make sure it participates, and that it doesn’t just attack any intentions by the Biden administration to do anything with Iran. Rather, Israel should insist on being a participant in the process itself.”

Addressing the Abrahams Accords, under which Israel has normalized relations with the United Arab Emirates and Bahrain, and which marked the emergence of a Sunni Arab-Israeli bloc, Gilboa said the United States has been actively encouraging this process as part of its broader desire to disengage from the Middle East.

“I believe that Biden would also like to disengage from the Middle East and maybe from other areas. This disengagement started under Obama and continued under Trump,” he said.

The further expansion of these agreements could, however, clash with the goal of renewing a U.S. agreement with Iran.

“If the United States is going to further disengage, then perhaps there will be more motivation to expand Arab-Israeli bloc,” he said. On the other hand, “it seems that any expansion of the alliance could contradict the wish to negotiate with Iran” since the Arab-Israeli bloc is intended to contain Iran, and the Iranians can demand that America stops sponsoring its expansion.

Meanwhile, the chances of significant disagreement over the Palestinian issue appear low, he assessed, since Biden is unlikely to preset his own peace plan. The president-elect has stated that he will not move the U.S. embassy back to Tel Aviv, but that he would reopen the U.S. consulate in eastern Jerusalem and restore aid to the Palestinian Authority.