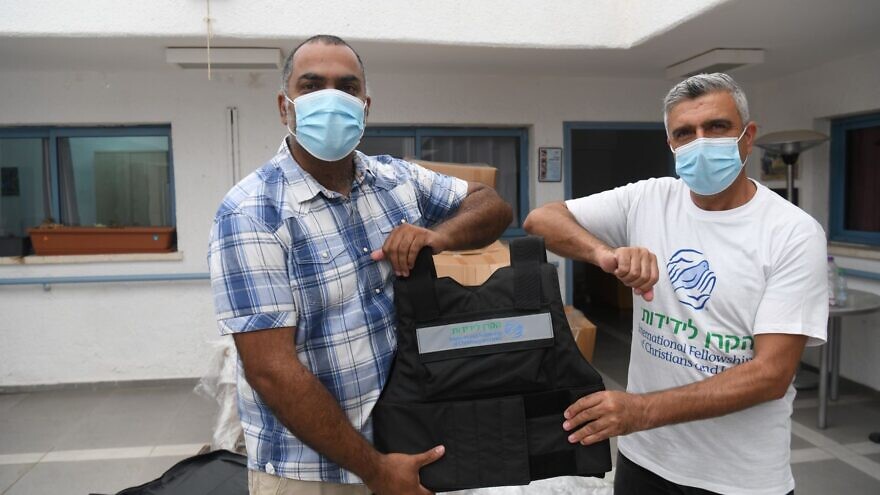 (September 2, 2020 / JNS) The International Fellowship of Christians and Jews distributed approximately 500 protective vests on Tuesday for social workers and emergency response workers in Negev communities, including Beersheva, Sderot, Netivot and a number of Bedouin communities.

“The majority of the public is unaware of the role that social workers play in an emergency or crisis,” said Avner Chair, a social worker in the Sderot municipality. “I am one of many who arrive at the scene of rockets and converse with victims suffering from anxiety and shock, while also giving them support and determining the type of extra treatment that they need. Just a week ago, there were three rockets in one day, and I went out to each of the locations.”

Since the beginning of the last wave of escalation in Israel’s southern, the Sdot Negev Resilience Center in Israel’s south has experienced a significant increase in referrals. Social worker Esther Marcus noted that “the current wave of escalation has hit us at a time when we are already dealing with COVID-19. In the last two weeks, there has been an increase in dozens of referrals.”

During emergencies, social workers and caregivers of Tzachi (Emergency and Local Resilience Reams) rush to the scene as needed on a 24/7 basis in order to provide mental-health care on the spot. Depending on the situation, they have the responsibility of deciding whether someone should be transported for further treatment at the emergency room or the nearest resilience center.

“Whenever there are escalations in rocket barrages, social workers can be in the field for many hours, and their protection and security is ever important,” explained Marcus. “We only had a small number of protective vests in the office, and any given social worker had to come from his or her house to pick it up even while rockets were being fired. Now thankfully, any social worker and emergency response worker can just put the jacket in his or her car. Their children, most of whom live in the region, will feel more secure when they see their parents are safer and better protected.”

President of the Fellowship Yael Eckstein said “at a time when the Israeli home front is a primary target of Israel’s enemies, the social workers play a critical role. Personal, familial and communal resilience is in their hands, and they are forced to respond immediately while under fire. The provision of security for these social workers is essential, both at the individual level and the communal level.” 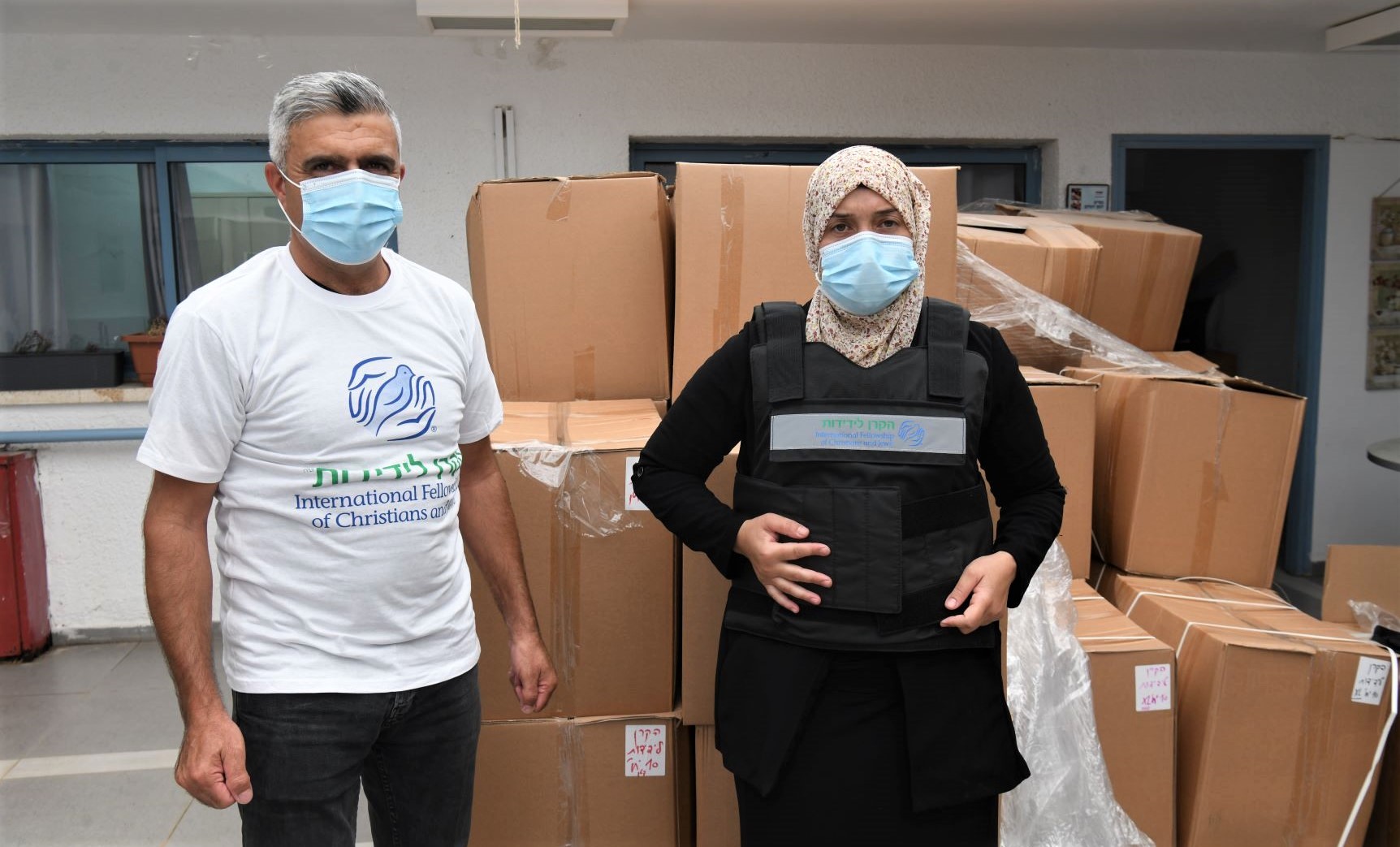