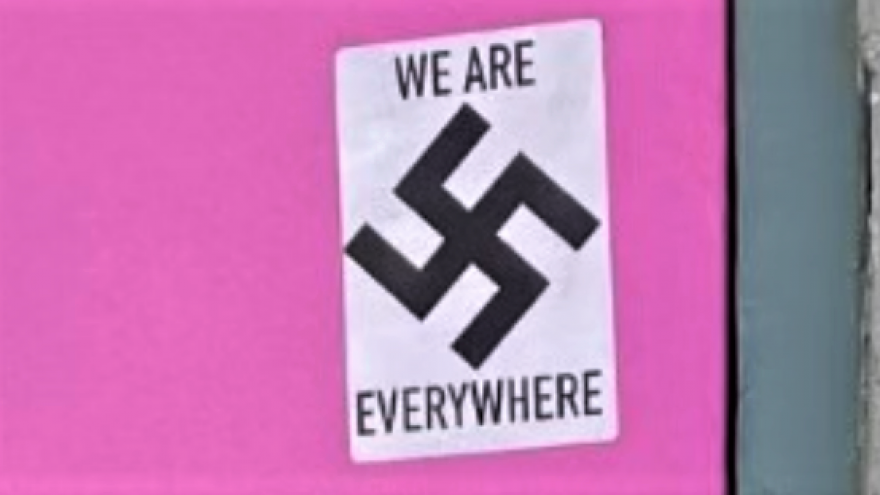 (May 27, 2021 / JNS) Police in Anchorage are asking for the public’s help after stickers with swastikas were placed on the Alaska Jewish Museum and a local bar.

According to the Anchorage police, the white stickers with the words “We are everywhere” and include the Nazi symbol in the middle, were discovered on Wednesday afternoon, first at a bar called “Mad Myrna’s” and later in the day at the Jewish museum.

“There is no place for hate in our community,” the police said, noting that it “takes these matters seriously.”

It noted as part of its ongoing investigation, they have partnered with the FBI to determine “any potential state and federal violations.”

“If anyone finds a swastika sticker, don’t remove or touch it,” the police also said, urging people to report the finding to them instead.