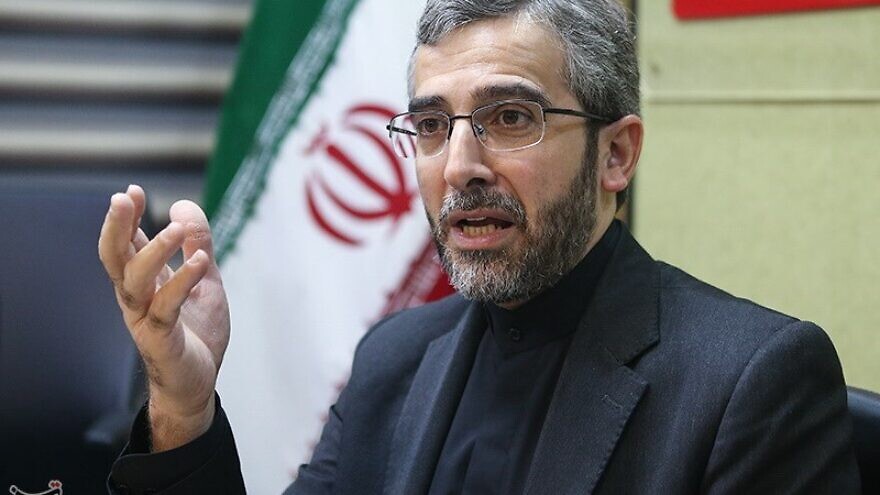 The success of the current round of talks hinges on “taking difficult political decisions, particularly by the European sides which have not played a constructive role during the previous round,” according to The Islamic Republic News Agency (IRNA).

Talks between Iran and world powers around a return to the JCPOA resumed last month, after a five-month hiatus, due to Iran’s general elections, but broke off shortly afterward, amid reports that Western nations were “increasingly frustrated” by Tehran’s “unrealistic” demands. Among those demands is that the United States and European Union lift all sanctions imposed since 2017, including those not related to Iran’s nuclear program, Reuters reported.

Iran expects the Western representatives to take the fresh round of talks “more seriously,” and to take “practical steps towards fulfillment of their commitments without media propaganda,” the IRNA report stated.

Speaking at his weekly press conference on Monday, Iranian Foreign Ministry spokesman Saeed Khatibzadeh accused the Western nations of wasting the negotiating teams’ time with demands outside the framework of the 2015 agreement.

“It is intolerable for Iran that they waste the teams’ time and energy with useless news while having demands beyond the JCPOA from Iran and offering benefits less than what was agreed in the deal to Iran,” said Khatibzadeh, according to IRNA.

Iranian Foreign Minister Hossein Amirabdollahian said on Monday that Iran’s main focus in the fresh round of talks will be the lifting of all U.S. sanctions, so as to guarantee Tehran’s unhindered ability to export its oil, Reuters reported.

“The most important issue for us is to reach a point where, firstly, Iranian oil can be sold easily and without hindrance,” said Amirabdollahian, according to the report. “The money from the oil [sales] is to be deposited as foreign currency in Iranian banks—so we can enjoy all the economic benefits stipulated in [the]Joint Comprehensive Plan of Action.”

Israeli Foreign Minister Yair Lapid told the Knesset Foreign Affairs and Defense Committee on Monday that Israel was not opposed to a deal in principle, only one that has “no possibility of genuine oversight on the nuclear program, Iranian money or the Iranian terrorist network.”

“[Iran’s] citizens are suffering as a result of the poor economic situation [in the country], investments and development have been slashed by 50 percent in the last decade, and the country faces a variety of internal and external challenges,” said Gantz.

Despite the hard line taken by the Iranian regime in Vienna, it is coming to the talks “without real bargaining chips,” said Gantz, adding that it is both possible and necessary to put an end to Iran’s “foot-dragging strategy.”