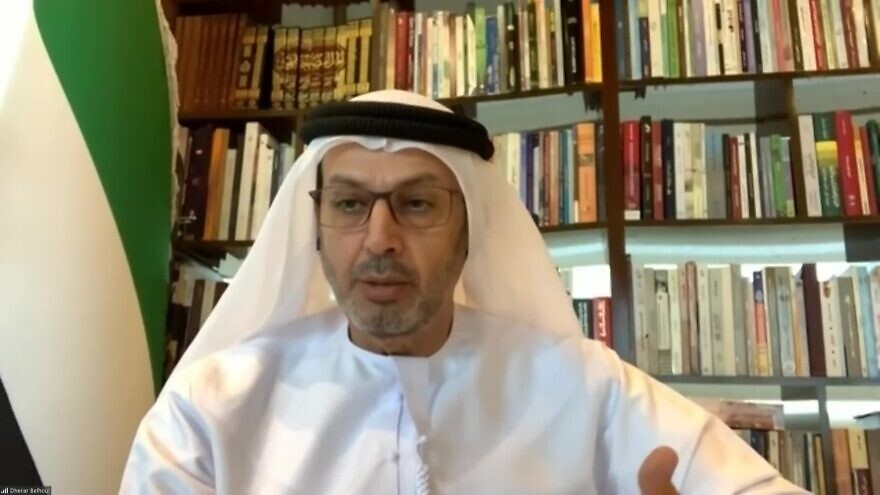 (November 9, 2020 / MEMRI) A member of the United Arab Emirates’ Federal National Council during a recent interview called the Palestinian leadership “small-time hucksters who meddle in the Palestinian cause” and who do not care about the Palestinians at all.

Speaking with Kuwait’s Diwan Al-Mulla Online TV on Oct. 13, Dirar Belhoul al-Falasi said the best example of this was the Palestinians’ rejection of coronavirus aid.

“The UAE sent them aid, but [their leaders] refused to accept it. That is because they don’t care about ordinary Palestinians. They only care about their own interests,” he said.

Another example of this, he said, was P.A. leader Mahmoud Abbas.

“When he [Abbas] came here a few years ago, he came with his son. If anyone asked him for a business card, he said he had agents or whatever … are you here for the Palestinians or to promote your companies?”

Hamas, he said, was no better.

“People from the Red Crescent told us that they built a hospital (in Gaza) and they were surprised when … this hospital was for treating Palestinians … people from Hamas fired a rocket from the hospital’s roof so that Israel would bomb this hospital. Just see how low they can go.”

Turning to the wider Middle East, al-Falasi defended the UAE’s decision to normalize relations with Israel, dismissing the criticisms of Iran and Turkey and leveling criticism of his own against the Islamic Republic.

“One would expect the [Iranian] Qods [Jerusalem] Force to march towards Jerusalem. But where does it go? To Iraq, Bahrain, Kuwait, Syria, Lebanon and Yemen. All the tragedies [in those places] are because of the Qods Force, which has lost the way to Jerusalem, and has turned the other way and started harming us. No one—neither the Turkish president nor the Iranian president—has the right to interfere in a sovereign decision of the UAE. The decision (to normalize with Israel) concerns the UAE alone. We are the ones who decide. We are looking after our own interests, and we do not care what they are saying,” said al-Falasi.

“What do you think we should focus on? On our people’s interests and their development. And about living in security and peace, or about 70 years of wars that have not benefited us in any way? On the contrary, for 70 years we have been losing time and again. It should be noted that our only success was achieved by the late [Egyptian] President Anwar Sadat. He did go to wars, that’s true. But what did he get from these wars? Ten square kilometers? On the other hand, by means of negotiations and peace, he regained Sinai in its entirety, including Taba. Sinai equals 2.5 times the size of Palestine,” he said.

Peace, said al-Falasi, was “inevitable,” adding, “As for the mercenaries and those who profit from the Palestinian cause,” it was time for them to “step aside and leave the floor to a younger, peace-minded generation that wants to live in peace after 70 years of wars, disasters and pain.”