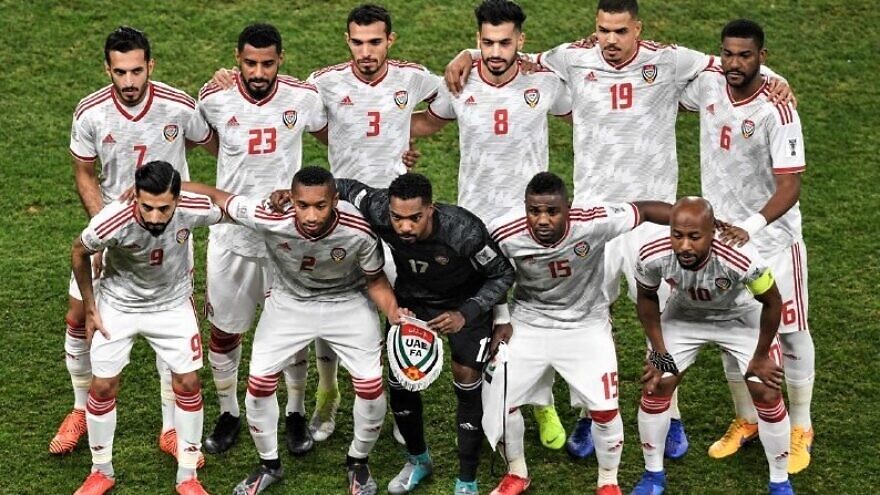 (November 4, 2021 / JNS) A national soccer team from the United Arab Emirates will compete in a soccer tournament in Israel for the first time ever.

The UAE’s national youth team will take part in Israel’s international Gavri Levy winter youth tournament from Dec. 12-17, the Israel Football Association (IFA) announced on Sunday in a Facebook post. Youth teams from Russia and Germany will also compete in the tournament.

According to the IFA, the UAE Football Association (UAEFA) said its team arrived in Israel on Sunday morning, and UAEFA president Sheikh Rashid bin Humaid Al Nuaimi may also visit the Jewish state as head of the Emirati delegation.

“Many good people on both sides have worked for this moment and for the deepening of cooperation in a variety of fields, believing that football is a wonderful means of bringing the two countries closer together and strengthening them,” declared IFA chairman Oren Hasson. “After quite a few years, the tournament will include four teams this time—and beyond football, there will be significant other activities in cultural and historical spectacles. We will proudly wave the flags of the United Arab Emirates, Germany and Russia alongside our blue-and-white flag.”

The UAEFA and the IFA signed a collaboration agreement in Dubai following last year’s signing of the Abraham Accords.