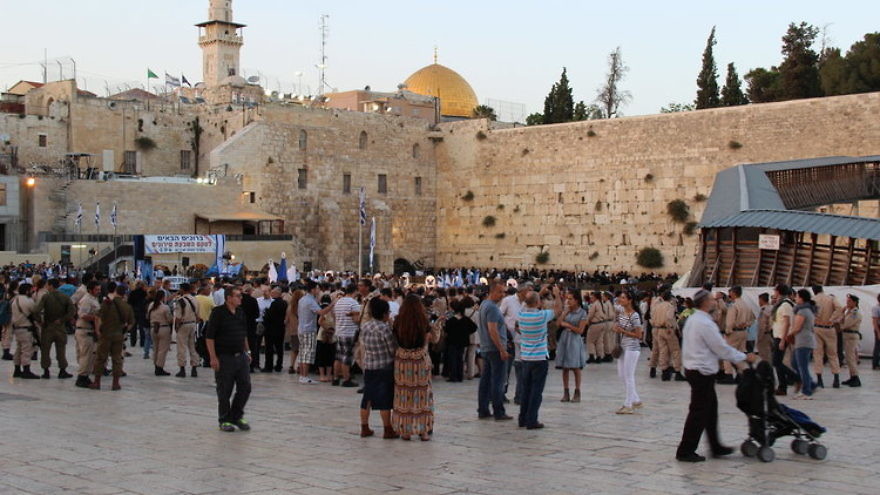 In October, the U.S. State Department notified the director-general of the United Nations Educational, Scientific and Cultural Organization (UNESCO) that America would be withdrawing from the U.N. body. The U.S. cited the need for fundamental reform, mounting arrears and “continuing anti-Israel bias” at the organization. But the problem is much deeper: UNESCO denies Israel’s very right to exist, a fact that its defenders would do well to acknowledge if they’re serious about reforming the agency.

In recent commentaries in The Hill and elsewhere, some have obfuscated UNESCO’s efforts to delegitimize the Jewish state. Commentators such as Dan Wagner, a special adviser to the UNESCO director-general, have minimized the organization’s troubling agenda, stating, “When it comes to Israel and some other hot-button political issues, the majority of UNESCO member nations and the U.S. have sometimes found themselves on opposite sides.”

The reason? “Because UNESCO—as the U.S. insisted at its founding—is a fully democratic body that gives each member nation a single vote,” according to Wagner, “the majority truly does rule.” Yet this omits that the majority of UNESCO member nations have engaged in, or passively enabled, efforts to single out Israel. That it was done via “majority rule” hardly makes it any better, as the history of anti-Semitism regrettably illustrates.

UNESCO claims that it aims to “contribute to the building of peace,” and lists “fostering cultural diversity” and “intercultural dialogue” as some of its top objectives. But as the Committee for Accuracy in Middle East Reporting in America (CAMERA) and others have documented, UNESCO has engaged in political warfare against Israel, seeking to delegitimize the Jewish state and erase the Jewish people’s historical connection to their ancestral homeland.

For example, on April 15, 2016, UNESCO adopted a resolution that removed any Jewish historical ties to the Temple Mount and the Western Wall area in Jerusalem, referring to the former as the “al-Aqsa Mosque/al-Haram al-Sharif” and the latter as “al-Buraq Plaza.” The Temple Mount is the holiest site in Judaism. The existence of both structures—as verified by archaeologists—predates the founding of Islam by hundreds of years. UNESCO not only sought to strip these holy sites of their Jewish identity, but condemned Jewish visits and policing of the sites.

This politically motivated resolution is just one of many in UNESCO’s campaign against Israel. By singling out Israel for opprobrium—including during a period in which Islamists are targeting ancient sites throughout the world—UNESCO shows its bias.

In October 2016, UNESCO passed another resolution that omitted mention of any Jewish connection to Jewish holy sites, referring to them only in Arabic and Muslim terms. That resolution charged Israel with being an “occupying power” in Jerusalem—a city that is not once mentioned in Islam’s Quran, but which has been central to Judaism for thousands of years.

As CAMERA Senior Analyst Ricki Hollander has noted, “This historical revisionism and attempted religious suppression is an affront to Jews and Christians alike as these sites are central to both religions.”

In doing so, UNESCO blatantly takes the side of the Palestinian Arab leadership, which has sought to expunge any Jewish—and therefore important Christian—connections to Jerusalem’s holy sites. Palestinian Authority (PA) President Mahmoud Abbas, for example, called the Jewish history of Jerusalem a “delusional myth” in an Aug. 1, 2015, speech that was aired on the official PA TV station.

By passing politicized resolutions, UNESCO serves the objectives of the PA and other entities that routinely attack the Jewish state and, in the PA’s case, routinely incite anti-Jewish violence.

Indeed, in the speech noted above, Abbas falsely claimed that Jews held designs to “rid” Jerusalem of the al-Aqsa mosque, located on the Temple Mount. As the Middle East analyst Nadav Shragai has noted, this libel has long been used by Palestinian and Arab rulers to provoke attacks against Jerusalem’s Jewish residents. True to form, Abbas’s remarks were followed shortly thereafter by the so-called “stabbing intifada” in which dozens of Israelis were attacked, and in some instances murdered, with bats, knives, rocks, vehicles and firearms, among other weapons.

By contrast, when Palestinians have been caught—including on camera—desecrating religious holy sites like Rachel’s Tomb, Joseph’s Tomb and the Church of the Nativity, UNESCO is often silent despite its stated goal to protect culturally significant sites. In 2013, for example, more than 200 terror attacks occurred at Rachel’s Tomb, where the Jewish matriarch Rachel is believed to be buried; 119 of those attacks included the use of explosives at the sacred site.

In September 2015, four Palestinian terrorists were arrested for plotting an attack on another Jewish sacred site, Joseph’s Tomb in Nablus—the biblical city of Shechem in Samaria. They planned to set off explosives at the site, but were caught and arrested by Israeli security forces despite the fact that the men lived in areas governed by the PA, which is bound by the 1993 Oslo Accords to apprehend terrorists and prevent attacks. This failed to merit a UNESCO resolution.

Simply put, UNESCO does not consider Jewish culture and heritage worthy of protection.

Sean Durns is a senior research analyst for CAMERA, the 65,000-member, Boston-based Committee for Accuracy in Middle East Reporting in America.