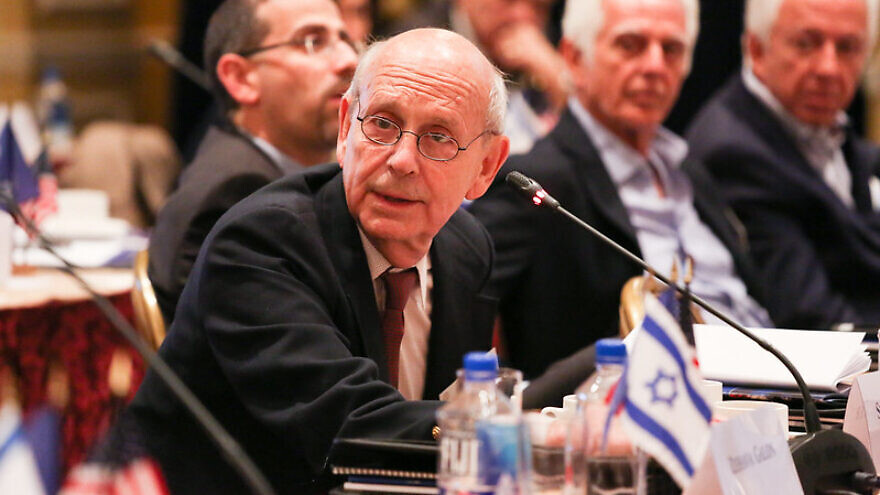 Breyer is expected to step down at the end of the court’s current term, which will be in the early summer, reported Fox News.

Breyer, 83, the oldest member of the court, was appointed in 1994 by former President Bill Clinton. Born in San Francisco to Jewish parents, he is one of eight Jewish justices to serve on the Supreme Court, which also includes current Supreme Court Justice Elena Kagan.

In a 2014 interview at the Jewish Federations General Assembly, Breyer noted that he is guided by the Torah’s emphasis on tzedek, the Hebrew word for “justice.”

Breyer’s decision comes as liberal advocacy groups have urged him to retire while the Democrats control the presidency and the Senate. While the justice’s retirement won’t shift the ideological balance between conservatives and liberals on the court—with conservatives holding a 6-3 majority—it could allow Biden to appoint a younger person to the bench, which would ensure that the seat stays in the liberal camp for decades.

Breyer, who has been seen by legal experts as a moderate liberal, has long focused on how the law could work for average citizens. He also has stressed that the Supreme Court cannot solve all of society’s problems and that it should not be seen as a political institution.

“It is wrong to think of the court as another political institution,” he told an audience at Harvard Law School in 2021, reported CNN. “It is doubly wrong to think of its members as junior league politicians.”

During the 2020 presidential campaign, Biden vowed to nominate a black woman to the Supreme Court. Two candidates that have been mentioned as potential replacements are Judge Ketanji Brown Jackson, 51, who serves on the U.S. Court of Appeals for the District of Columbia Circuit; and Justice Leondra Kruger, 45, an associate justice on the Supreme Court of California.