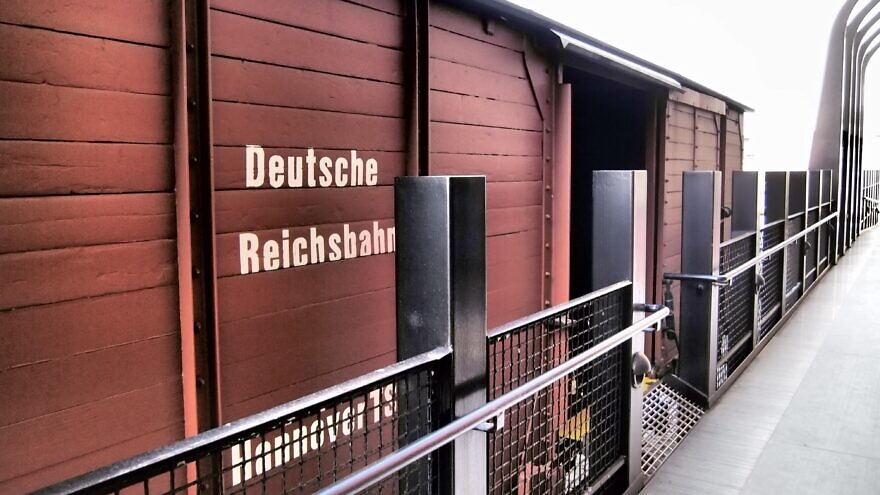 (April 8, 2022 / JNS) The Virginia Holocaust Museum has opened a permanent Children’s Memorial dedicated to young victims of the Holocaust, the first of its kind in the United States, reported the local NBC 12.

The memorial, which took more than a year to construct, showcases rows of empty classroom desks that are reflected through an infinity mirror, according to the news outlet. The desks are meant to signify the ones that will never be filled by children who were murdered in the Holocaust.

“People are very sad when they come in and walk out because they realize it’s intended to explain, which is unexplainable, the deaths of million-and-a-half children,” said Samuel Asher, the museum’s executive director. “When you see this exhibit, it tears at your heart, and you understand that children are gone,” he added.

Holocaust survivor Dr. Roger Loria was a toddler when he escaped work camps with his mother twice before they were caught and sent to a refugee camp. After World War II, he managed to receive an education, while the thousands of child victims of the Holocaust could not.

“We lost enormously by them not growing up and not contributing to society,” said Loria. “I’m [one of] the lucky one[s] who made it, but all of those did not.”

The Children’s Memorial is opening alongside a traveling exhibit at the museum called “All That Remains: A Holocaust Exhibition in Fiber,” which explores the Holocaust through textiles.