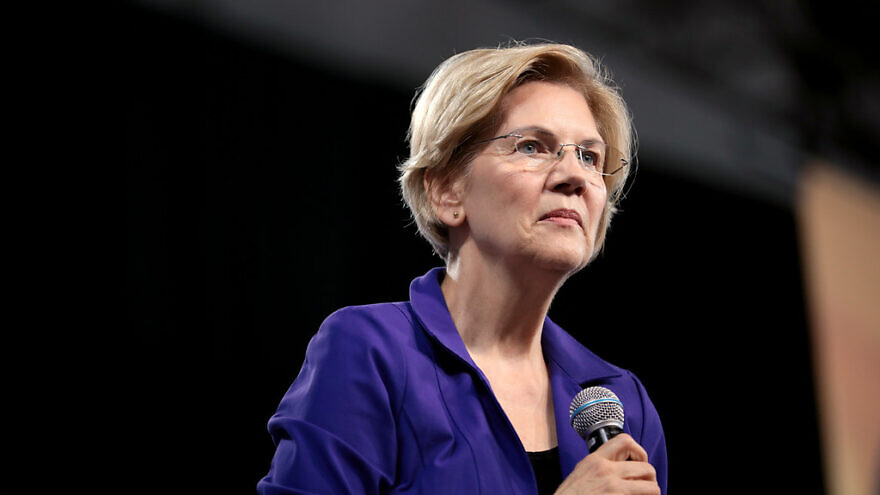 Warren said that “the continued expansion of Israeli settlements and the increasing normalization of proposals for Israel to annex parts or all of the West Bank are the most immediate dangers to the two-state solution.”

“I will reverse the Trump administration’s new policy on settlements, which upends 40 years of bipartisan precedent, and make clear that Israeli settlements violate international law,” she continued. “And if Israel’s government continues with steps to annex the West Bank, the U.S. should make clear that none of our aid should be used to support annexation.”

Sen. Bernie Sanders (I-Vt.) reiterated his stance that he would condition U.S. assistance on Israel not annexing or expanding settlements.

Billionaire Tom Steyer said he would condition U.S. assistance to Israel on settlements, in addition to pledging to reverse Trump’s relocation in May 2018 of the U.S. embassy from Tel Aviv to Jerusalem.

“The status of Jerusalem should remain a part of any negotiated two-state solution, and we should be mindful of both Palestinian and Israeli negotiators before deciding where the embassy should be,” said Yang.

Sanders said that moving the embassy back to Tel Aviv “would be on the table if Israel continues to take steps, such as settlement expansion, expulsions and home demolitions, that undermine the chances for a peace agreement.”

Yang and Patrick said they “would seek a ‘grand bargain’ to resolve nuclear, missile and counterterrorism disagreements.” In August, the former said in a debate that “We have to re-enter that agreement and renegotiate the timelines because right now the timelines don’t make sense.”